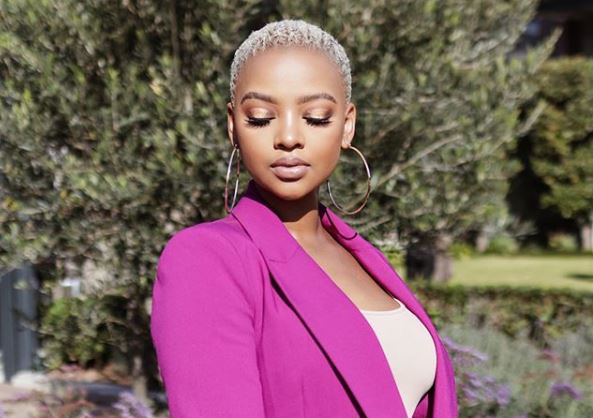 Popular YouTuber Mihlali Ndamase has responded to being excluded from a list of most influential women on Twitter, saying she has no time and more pressing matters to worry about than the list.

Mihlali's stans nearly started a riot on Thursday when the list, compiled by Brandwatch, was shared on Twitter.

Bonang topped the list, followed by Boity and Helen Zille. A mix of twelebs, politicians and celebs filled the 25 spots.

But it was Mihlali's exclusion that got tongues wagging and saw her land on the trends list.

As the streets went to war over her exclusion, the star revealed that she was hella upset.

When asked if it was about the list, she responded by saying that she had bigger issues to deal with.

She hinted at the source of her pain, a car accident that had left her traumatised.

“I’m so shaken, andazi noba mandizithini. Car accidents are so traumatising What a sh**ty day,” she wrote.

What a shitty day.

Just said “I’m gonna UberEats some food, I don’t feel like driving” then I remembered.

Soon the list was long forgotten as fans flooded her TL with messages of support.

The star returned to Twitter on Friday to thank her followers for always being by her side.

Thank you for all the kind messages, I’m feeling a lot better 💞

Mihlali on being underpaid: 'I don't know what I was expecting, but not that little'

Mihlali Ndamase spills the tea about quitting a job after less than a day.
TshisaLIVE
9 months ago

Fan favourite influencer Mihlali Ndamase rants on Twitter about being cheated on, tweeps weigh in.
TshisaLIVE
9 months ago

Mihlali hits back: I will not be silent about the killing of my people

"I would hate to look back and recall only posting aesthetics when my people were being killed and treated unfairly," she said.
TshisaLIVE
11 months ago
Next Article