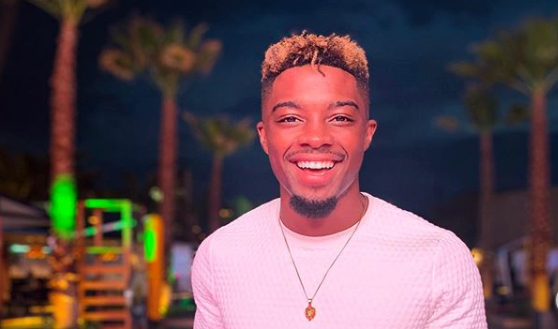 Actor Tino Chinyani has laughed off the hate he received after he announced  he was expecting his first child with actress Simz Ngema.

While many were overjoyed at the couple's announcement, some criticised him and claimed the Zim-born star was just out here looking for “citizenship”.

Others claimed that Simz lost her husband just three years ago and it was “too soon” to move on with Tino.

Taking to Twitter, Tino said he did not care about the haters.

“They’ll never block my blessings. It’s sent from above,” he told fans.

He also took shots at the “negative energy on the TL”, saying he couldn't hear it over the sound of God blessing him and his family.

People have and always will be intimidated by people who know who they are & where they’re going. Enjoy the journey & let them enjoy the show from the sidelines. 🙏🏾❤️

Tino went on to thank all those who stood by the couple, saying he and Simz were grateful.

“I just wanted to say thank you for all the well wishes, love and support. It has been truly heartwarming and we appreciate it.”

Simz also shrugged off the hate, posting a snap on Thursday of her living her best life in the sun.

“Because joy comes in the morning. I’m gonna sit here and let the sun shine on my face for a moment. Thank you for all the well wishes. There is a God in heaven,” she wrote.

Because Joy comes in the morning. I’m gonna sit here and let the sun shine on my face for a moment. Thank you for all the well wishes🙏🏽 There is a God in heaven.

"Tino, I will forever be grateful to you for this beautiful gift and for teaching me how to love again. I love you both with all my heart".
TshisaLIVE
1 year ago

"To all the negative energy on the TL, I can’t hear you over the sound of God blessing me and my family," Tino said to all the haters
TshisaLIVE
1 year ago

"I am so happy for you my love! You deserve all the happiness in the world. From the ashes God has lifted you," Lerato said to Simz.
TshisaLIVE
1 year ago

Dude dishes the deets on the temptations of the industry.
TshisaLIVE
3 years ago