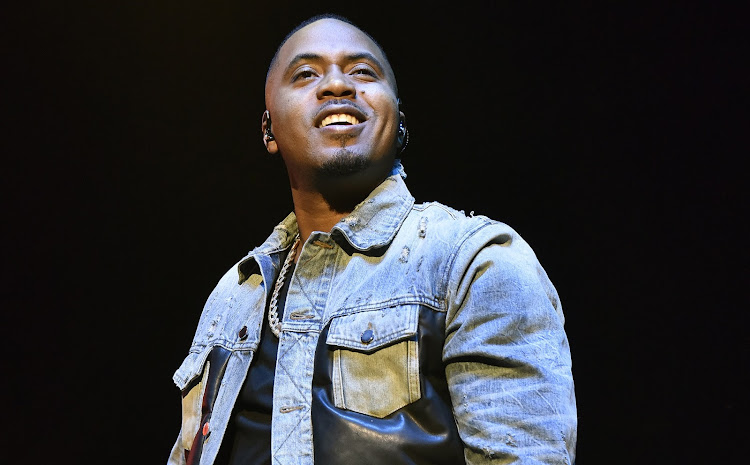 The American superstar took aim at Doja at the end of the first verse of the track, his first single off his upcoming album King's Disease.

“Sometimes I’m over-black, even my clothes are black. Cash Money with the white tee and the soldier rag. We are going ultra-black, unapologetically black. The opposite of Doja Cat, Michael Blackson black,” he rapped.

While thousands around the world are celebrating “dark-skinned girls” after the release of Beyoncé's Black Is King visual album, fans called out the star for discriminating against Doja's complexion.

sorry but Nas dissing @DojaCat the way he did just continues to perpetuate the idea that mixed people are too black/too white, whilst being not white enough/not black enough. Not okay. Stop undermining, isolating and excluding women of colour!

Nas called out Doja Cat because he thinks she's an easy target. What about all these other colourist male black rappers?

I like Nas, but a grown ass man attacking a woman ain't ultra Black. It's ultra lame. And I'm not even a fan of Doja Cat.

Nas came with full energy for Doja cat. Yet every time his fellow rappers such as 50cent , Blueface, YG, Chris brown , lil Wayne & snoop Dogg say something about women the same complexion as him or darker . Him and everyone else turn into Ray Charles 😎🤔. Keep that same energy pic.twitter.com/2X2kdS60SG

Others saw it as a swipe at Doja's alleged racist behaviour in an online chat room.

The star, who is the daughter of SA actor and Yizo Yizo star Dumisani Dlamini, was  “cancelled” in May after social media users dug up old videos of her using the N-word in chat rooms and making music deemed “racially insensitive”.

Sis has addressed the outrage several times, and said last month that the incident changed the way people view her.

“Remember when people said I was black when I had a number one alongside three other black women, but now the same people wanna say I'm white? Maybe I'm not the one here with 'identity issues'," she said.

She also addressed colourism hate and claims that she was “acting white” in chat rooms, defending her complexion.

Doja shrugged off Nas' diss, sarcastically saying she was “so offended and upset” by the song.

"I’m a black woman. Half of my family is black from South Africa and I’m very proud of where I come from," Doja said.
TshisaLIVE
1 year ago