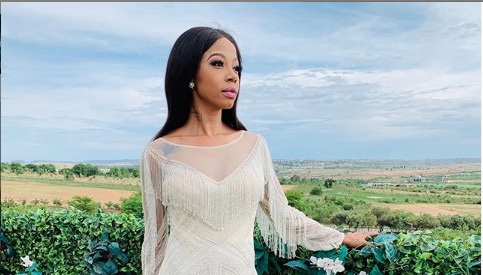 Kelly Khumalo was again forced to bring out her vicious side and clap back hard after a troll on Twitter labelled her a “killer”.

The songstress was minding her own business and going about her day when she shared with her followers that she believed men also love gifts, as opposed to the popular belief that they don't.

That's when a troll landed in her comment section, dismissed    Kelly's thought and called her a “killer”.

Fed up with the constant cyberbullying, Kelly didn't hold back when she responded in vernac, bringing in the troll's mother and her private parts.

Many of Kelly's fans came to her defence, and soon the star's name was on the Twitter trends list.

Other tweeps went on to slam the troll. They pointed out that the critic's avi was a picture of a woman and expressed how “disgusted” they were by women who insist on pulling other women down.

Kelly said the hater was only reflecting her own misery.

“It says a lot about her ... sad, bitter and miserable,” Kelly said.

It says a lot about her, sad, bitter and miserable https://t.co/uQhGGzJdql

"It must be hard putting make-up on your two faces everyday," Jub Jub wrote in a floating Insta post.
TshisaLIVE
2 years ago

“How do I even tell my daughter who her father is and what happened to him? Because this is such a heavy story for a five-year-old,” Kelly says in ...
TshisaLIVE
2 years ago

Songstress Kelly Khumalo is set to light up our screens as her new Showmax show, Life With Kelly Khumalo, premieres on Thursday.
Lifestyle
2 years ago

Fans were ready to cancel Minnie for her comment.
TshisaLIVE
1 year ago