Mzansi is super impressed by her moves and so proud! 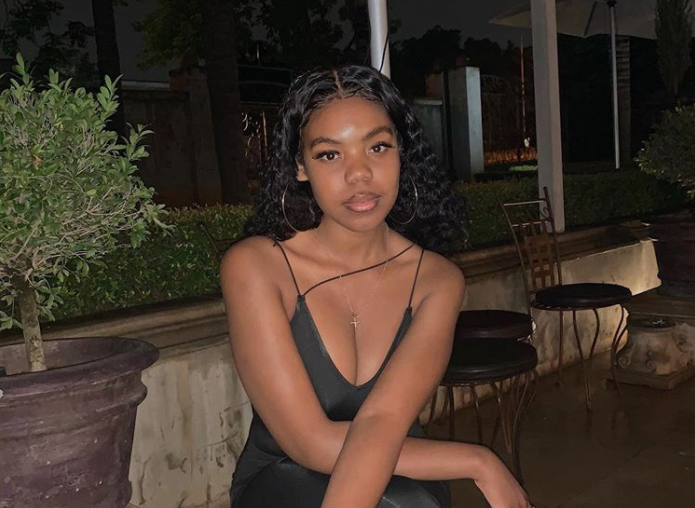 The label is home to some of the world's biggest artists, including superstars Beyoncé and Adele.

Welcome to the Columbia family @elaineofficial_! Check out her new video for “Risky” out now!https://t.co/WsMGOXX4EQ pic.twitter.com/9UW1SHGzZf

The star was over the moon with the deal and told TshisaLIVE in a statement that she looked forward to bringing her unique story to the world.

“I've got a completely different story to tell. I'm a representation of every African girl that doesn't want to be boxed in.”

MD of Sony Music Entertainment Africa Sean Watson said Elaine is “unquestionably deserving of the recognition she’s getting for her music”.

“It’s not chance that got her to where she is, it's talent and hard work. We love that about her and we can’t wait to work alongside her to help share her incredible music around the globe.”

The Wits law student, who is originally from Pretoria, became a household name after she released her EP last week. The project went platinum and made her the most streamed female artist in Mzansi.

In addition to all that, Elaine became the first independent female artist to ever reach #1 on the Apple Music sub-Saharan African charts.

Elaine recently unveiled the highly anticipated sultry new visual for her single Risky. Watch it below.

Mzansi is super proud of the girl, and they took to Twitter to say as much.

We're proud to hear the news that South African R&B sensation Elaine has signed with Columbia Records joining global icons such as Beyoncé & Adele. Her hit song "You're the one" has over 2,7 million views on YouTube. We're incredibly proud of her achievements 🇿🇦#topnotch pic.twitter.com/SE82Ta4ZvK

Elaine is finally getting the recognition she deserves pic.twitter.com/gVEQ7HKpZo

So Elaine got done dirty at the SAMAs for Best R&B/Soul album then next she gets signed to Columbia Records the home of Alicia Keys, Katy Perry, Pharrell & Solange. You see, when it’s your time it’s your time and no one can go against God’s will🙏🏾

Dad: Are you okay son

Me: Elaine is Gone Dad pic.twitter.com/ivKaghJgOI

Elaine gave us Elements, as an independent artist, went platinum and signed to Columbia records. I've got only this to say: Clarity is clear to see🗣 pic.twitter.com/xBujSw00J5

Phori still had reason to celebrate because Mlindo the Vocalist, who is signed by Phori's label, won the Best Selling Artist award
TshisaLIVE
2 years ago

"I just want to take this moment to let everyone know that I believe in God! My story is too long to tweet, I’m forever indebted to SA hip-hop," ...
TshisaLIVE
2 years ago