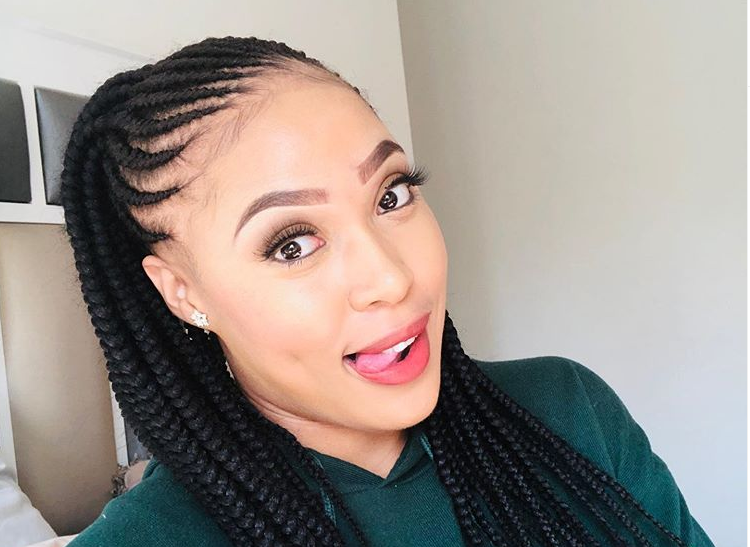 Actress Simz Ngema and her baby daddy, model Tino Chinyani, have revealed they are having a baby boy with the cutest snaps you will see today.

Simz and Tino revealed on Thursday that they were awaiting the arrival of a baby boy with the smallest, most stylish pair of blue shoes.

"It's a boy," they both captioned the snaps.

The pair's Instagram pages were flooded with comments from people sharing how happy they are for the couple, in between all the heart emoji comments and the "ncaaaaawww" comments about the overwhelming cuteness of their snaps.

Simz announced a few days ago that she and Tino were a couple and were about to be first-time parents.

Mzansi reacted with various feels about her incoming bundle of joy, and earlier this week Simz took to her Instagram to share how overwhelming everything has been since they shared their news. The actress thanked Tino for being her pillar through it all.

"The past couple of days have been overwhelming. Thank you for holding my hand," Simz wrote to Tino, who she named her #MCM for the week.

Just how cute are those lil' shoes!

"People have and always will be intimidated by people who know who they are and where they’re going."
TshisaLIVE
11 months ago

OPINION | Don't be a grinch, Simz Ngema & other widows deserve joy as well

Simz deserves every bit of happiness the world has to offer, God knows she's had her share of pain
TshisaLIVE
11 months ago

"To all the negative energy on the TL, I can’t hear you over the sound of God blessing me and my family," Tino said to all the haters
TshisaLIVE
11 months ago

"I am so happy for you my love! You deserve all the happiness in the world. From the ashes God has lifted you," Lerato said to Simz.
TshisaLIVE
11 months ago