Spiteful or genuine? Rasta slammed for his Zenande Mfenyana portrait 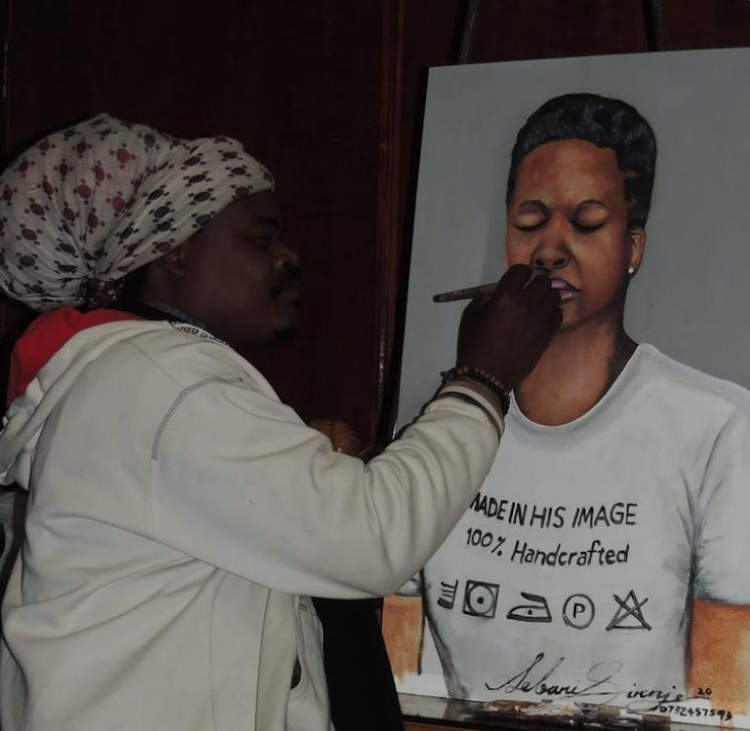 Does this portrait look anything like Zenande Mfenyana? Twitter is going in on Rasta over this one.
Image: Twitter/Rasta The Artist

Funeral artist Rasta is trending on Twitter for yet another “botched” painting, this time of actress Zenande Mfenyana.

The painting comes less than a week after The Queen actress tweeted that she does not want to be sketched by Rasta at her funeral. She was reacting to his painting of legendary broadcaster, Bob Mabena. In what has been perceived as a “clap back”, Rasta unveiled his painting of Zenande on Thursday.

“Since she [would] rather not be painted on her funeral, I thought I'd honour her while she's still alive,” he tweeted. The actress has not responded despite many, including transport minister Fikile Mbalula, having asked her if she has seen it.

Please mark this tweet. The day of my funeral, please may I kindly not be sketched by Rasta. Ka hlompho please 🙏🏽

Since she rather not be painted on her funeral, I thought I'd honor her while she's still alive

Opinions? Twitter has a ton, here are some of them:

Rasta is disrespectful honestly. I really do not find this funny at all. I don’t blame @Zenande_Mcfen for being annoyed at this. https://t.co/gCBFCvX7Ap

Think you're having a bad day? Imagine having your picture painted by Rasta 💀

Just imagine if Rasta painted with his eyes open. His work would be amazing. pic.twitter.com/r2iqUNzrbn

Somebody please charge Rasta with defamation of character.
🤣🤣🤣🤣🤣🤣 pic.twitter.com/UpxYamIUCJ

And Rasta just did that pic.twitter.com/MjmloViZYz

"'Imagine people covering a story of your loved one being painted by this guy, but he is busy painting the wrong person intentionally."
TshisaLIVE
1 year ago

Rasta is getting all the praise on his painting of Andrew Mlangeni.
News
1 year ago

Rasta is trying again with his Lerato K portrait, and the internet is shaking

Rasta the artist tries his hand at improving Lerato K portrait and the internet laughs again.
TshisaLIVE
1 year ago