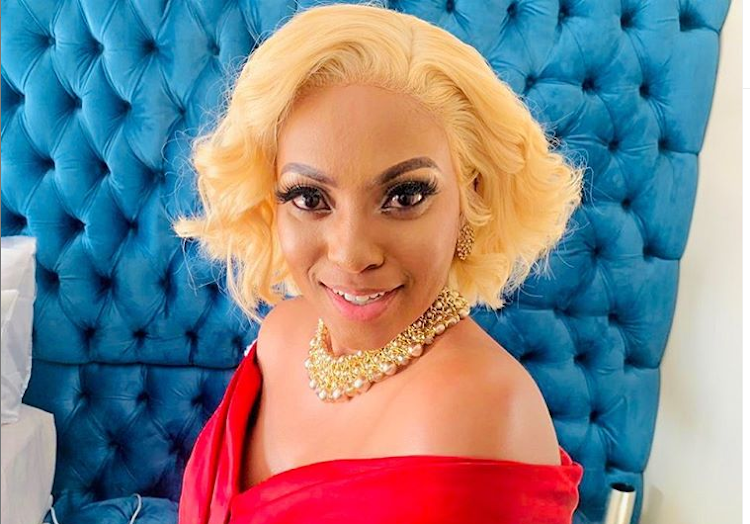 In an interview with TshisaLIVE recently, the Thobela FM radio presenter said she was totes over people equating women who love luxury to lazy “slay queens”.

“Our first instinct as a society can't be to assume that the women didn't work for her luxury. Gone are those days when these things were a distant dream and an unlikely reality. These (luxurious things) are attainable to us and we want them. We know better now and know how to get them so this 'slay queen' thing is a mentality that needs to die. Instead, women should be applauded for chasing and working towards luxurious lives,” she said.

The reality TV star said she was ready to live in a world where a woman who knows she deserves life's finer things was not immediately tagged with labels.

“We have women who have [worked] for themselves to get this luxurious life that they want and so I don't understand how or why people can still view these women as 'slay queens'. I think we shouldn't question women like that, not now. I think they are actually goal diggers as opposed to gold diggers. They dream it, they see it and they go get it. So people must just stop with saying that women are slay queens the minute they want nice things in life, because that's actually how life should be. Women should wake up and realise they want more than they currently have and if that “more” is that luxurious car or house, then they should go get it.”

Having been part of a reality show that has been described as “trivial” by some people, Lethabo said she's found herself in positions where people underestimate her and her capabilities.

The radio personality said she was always super-pleased with herself when her work ethic and business acumen left people who underestimate her based on her looks shook.

“I've got so many layers to myself. I am a businesswoman and I've had a printing company for years now, people don't know that about me. I also have a production company and I've produced two documentaries so far and I've produced shows on SABC as well. When people see you on reality TV they think that's all you carry. I also have a foundation that I started way before people even knew who I am because I am a giver at heart,” she said.

If you tell me that i can't, I will go above and beyond just to prove that I can🤍

Amanda Peet has no sympathy for her 'Dirty John' character, Betty Broderick

At the heart of the second season of this hit true crime series is a cautionary tale that every married woman should heed, writes Margaret Gardiner
Lifestyle
1 year ago