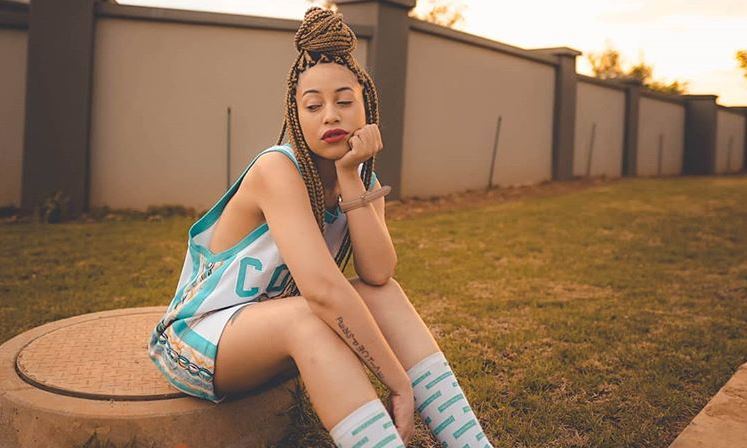 Rowlene is not here for the rumours.
Image: Instagram/ Rowlene Bosman

SMA hitmaker Rowlene Bosman has rubbished claims she is beefing with A-Reece and his team, explaining that she has never said anything to suggest there was bad blood between them.

Rowlene is signed to Nasty C's Tall Racks Records, which has led to some believing that his “beef” with A-Reece may have passed down to Rowlene.

One fan even went as far as commenting on one of Rowlene's recent Instagram posts, asking her why she hated A-Reece.

“I really ask myself what made you hate Reece. I really loved y'all both,” the user wrote.

Rowlene moved quickly to squash suggestions of a feud, responding with “I never said that”.

The pair have worked on tracks together in the past, including Amen and Praise.

Rowlene has said in the past that she was not about inheriting beef and wants to be seen as her own artist.

“I didn't even want Junior (Nasty C) on my (upcoming) album because I want people to know me outside Nasty C, outside Tellaman, outside Gemini Major. It is so easy for people to put you in a box or in a group,” she told TshisaLIVE last year.

Nasty C also addressed the supposed beef with A-Reece recently, after he was accused of dropping his album release date on the same day that his “rival” dropped a teaser for his own upcoming project.

“I didn't even know he dropped that (teaser). I didn't know. I am not out here keeping tabs on other artists. But I know social media is like that. They are bored at home at the moment and nothing is going on in their lives, so they just want to see something happen.

“They just want to be entertained, but I am not worried about that kind of stuff. Each to his own, say what you want, I don't care really.”

"All my triggers, trauma and fears; come at me in one go"
TshisaLIVE
1 year ago

"I want to send a message to people that if I wanted to have features on the album I can, but I won't."
TshisaLIVE
2 years ago