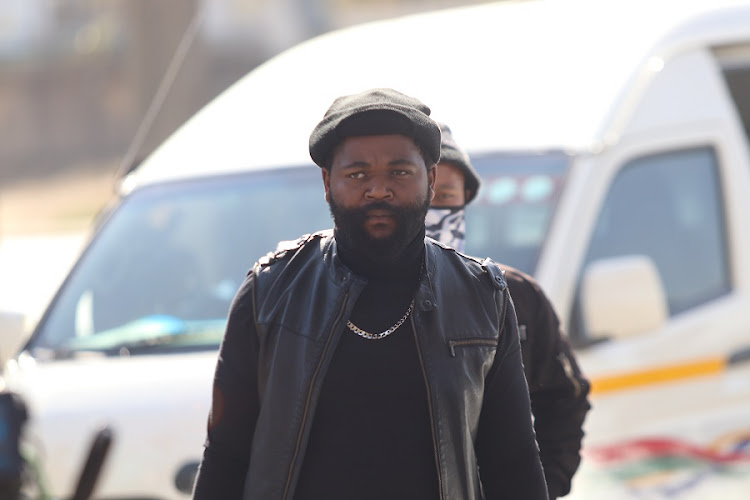 Sjava speaks out on rape allegations against him.
Image: Supplied/ iMprente Media

Musician and actor Sjava has released a video explaining how rape allegations against him have affected his livelihood in the wake of the debacle around his Uzalo role.

The musician recently joined the cast of Uzalo but speculation that his contract had been terminated after the SABC received backlash over the decision was rife. Producers of Uzalo told TshisaLIVE that Sjava's role was on a “limited storyline” and that his contract “would conclude naturally”. They would not be drawn on the rumours.

In his latest video statement, Sjava gave his version of events and how due to the rape allegation being “unsolved” he was apparently losing out on opportunities.

“There are so many things I have lost. So many projects I have shot and worked on, then after I shoot I am told that they can't air them or be associated with me because I have rape accusations against me. Then I get cut out,” Sjava said.

The musician claimed to be “stuck”, because the progress of legal proceedings and the cases that had been opened were slow.

“It hurts me because it's been almost a year since the allegations came out. I can't work and I have never been convicted or jailed.”

Sjava made headlines late last year after his ex-girlfriend, singer Lady Zamar, opened up on social media about allegedly being abused at the hands of an ex. Even though she didn't mention any names, social media users believed she was referring to Sjava.

At the time Sjava issued a statement slamming the allegations, saying he would be taking legal action.

“I have instituted legal proceedings in the high court of SA and as such the matter is now sub judice,” he wrote.

"The SABC can confirm that Sjava was on a limited storyline on 'Uzalo', which will conclude naturally."
TshisaLIVE
1 year ago

The star is back on the small screen.
TshisaLIVE
2 years ago

Sjava told fans there is no bad blood between him and the record label.
News
2 years ago