'Legendary' or 'take the L'? Here’s what the streets think of Nasty C’s new album 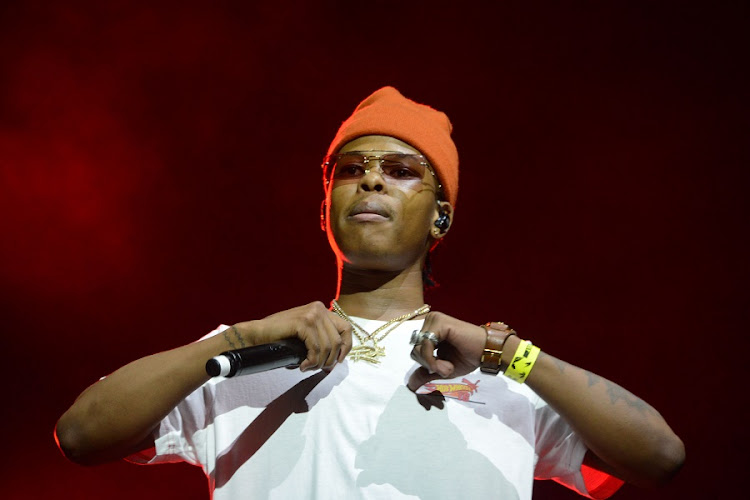 Nasty C had the streets in a mess with his new album.
Image: Gallo Images / Frennie Shivambu

Nasty C nearly collapsed the internet on Friday when his first album under Def Jam Recordings, Zulu Man With Some Power, dropped on all major streaming sites.

Fans have been eagerly awaiting Nasty C's new album and the muso didn't disappoint, dropping a layered album showing his versatility as an artist and talent as a lyricist.

Speaking about the album to TshisaLIVE, Nasty C said it was one of his best projects to date.

“Right now, I am taking a global leap. I am trying to go from being an African artist to being a global artist,” he said.

Some die hard stans got their hands on the album last week, when it was pre-released exclusively on Apple Music, but most had to wait until midnight on Thursday to stream it.

They flooded social media with memes and messages about the album, many praising Nasty C for the project.

The star responded to all the love by thanking his fans.

Stogie T gave it all right back, saying “the love is well-deserved”.

Cassper Nyovest said he had been bumping the new album and already had a favourite track.

Bumping that new Nasty C . Black and White my favorite joint by far!!! Go get it now!!! #ZuluManWithSomePower

Zakes Bantwini congratulated Nasty C on the new album and hailed him as “one talented young man”.

Here's a snapshot of what the streets have been saying about the album:

Ah the mixing and mastering on this album is out of this world!!!! 😭🔥 #ZuluManWithSomePower

Nasty C is the Best and Biggest Artist in Africa. 🔥👌🏽#ZuluManWithSomePower pic.twitter.com/hHhGwwtIr9

Would I be lying if I said Nasty C is the best Lyricist in SA after Stogie T? #ZuluManWithSomePower pic.twitter.com/YJhtOkxei3

If we being honest Strings and bling slaps harder than #ZuluManWithSomePower pic.twitter.com/x9Jgw0Hs0M

Nasty C said, "I play my finesse cards right, because I'm a charmer. I get it from my father and couple stepmothers."#ZuluManWithSomePower pic.twitter.com/gUUZXLF74F

#ZuluManWithSomePower is for those who Did English HL at School,nina who did FAL can wait for Caspers Album in peace ke.. pic.twitter.com/IDZUYkFQYu

I just listened to the album, the kid has packed a classic album. Dope beats,chilled songs, mature content, very musical, a well planned album and definitely better than the previous one. I'm very impressed #ZuluManWithSomePower King Shit is my song and a couple others https://t.co/CUWnbki9FR

"I have to take so long before I decide whether to trust something or somebody because I don’t know if it is fake."
TshisaLIVE
1 year ago

"What f***** nonsense is this? Who let you think you’re that important?" Nasty C tweeted
TshisaLIVE
1 year ago