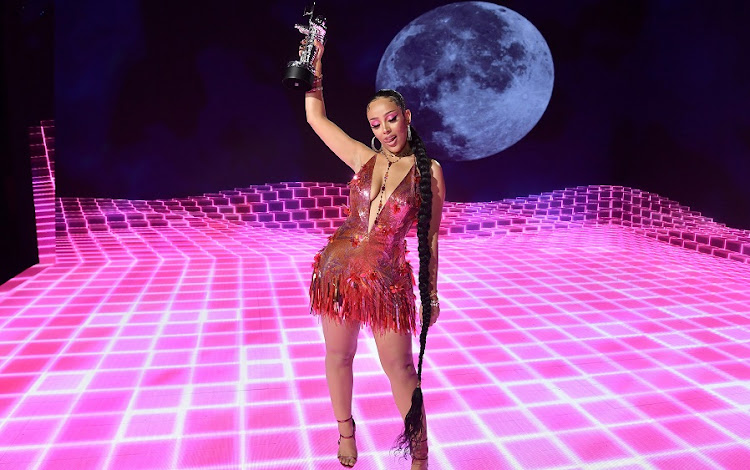 Doja Cat fans around the world, including those in Mzansi, are over the moon after their queen walked away with the prestigious PUSH Best New Artist prize at the 2020 MTV Video Music Awards (VMA) on Monday.

The star, who is the estranged daughter of veteran Yizo Yizo actor Dumisani Dlamini, beat out competition from Roddy Ricch, Summer Walker, Tate McRae, Lewis Capaldi and YUNGBLUD for the award.

Sis thanked everyone from her fans to her mom in a touching acceptance speech.

She also urged all viewers to stay safe, and said it had "been a really hard year”.

Congratulations to @DojaCat on winning PUSH Best New Artist at the 2020 #VMAs! 🚀 pic.twitter.com/VfQ8QNzYtA

Earlier in the night she  thrilled fans with a medley performance of her hit singles Say So  and Like That.

Local fans were in celebratory mode over the win, with many saying it was also a win for SA because of her connection with the country.

They joined thousands from around the world in praising her performance, claiming it saved the ceremony.

only here for doja. #VMAs