Actress Pearl Thusi and DJ Zinhle's friendships has been #FriendshipGoals for a while, but they have rubbished rumours about them being more than just besties.

In a fun and lit episode of Dinner at Somizi's, the pair had an all-inclusive chat with the host whilr they dined and drank at his house.

Somizi asked about THAT trip to Mauritius, where they shared hot, semi-naked snaps on the beach and broke the internet after some tweeps said they picked up “lovers” vibes.

“It's like when you know something is so false that you can't even really pay attention to it,” Pearl said.

Zinhle said the reason she and Pearl never even entertain the assumptions was because even if they were “lovers”, there is nothing wrong with that.

“This is the thing for me and Pearl. We not even trying to entertain it because even if we were, so what? But we spoke about this, that Pearl and I are in an industry where friendships are a blur.”

“We are in an industry where we have not experienced a sisterhood, so when we found each other — or when she found me — we just couldn't believe what we have, a friendship that is actually real,” Zinhle said.

Watch a snippet from the rest of the episode below. 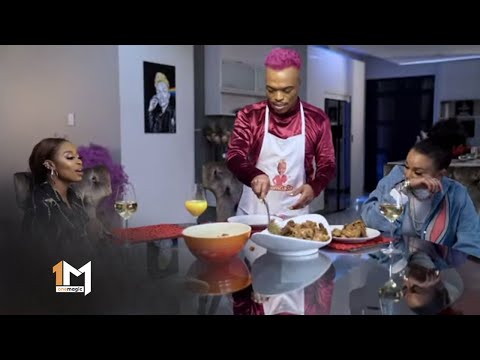 Both Pearl and Zinhle have, on several occasions, spoken about what makes their friendship solid.

Speaking to T-Bose on Kaya FM, Pearl and Zinhle opened up about their friendship and how they are everything from #BodyGoals and #Careergoals and how they're rocking the hell out of #Motherhood.

Zinhle told TshisaLIVE previously she was super-proud to have Pearl as her bestie.

She said  Pearl had been there for her through thick and thin and she wanted to honour her.

“It's so important for us because we get to share these moments. It's so nice to have sisters around you, who believe in you, who know how it started, who are proud to share such a big moment.”