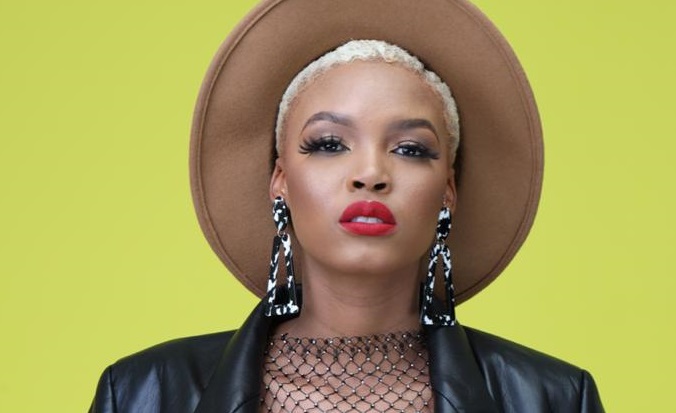 Rising star Rose Nkau has Mzansi dancing to her infectious tunes, but told TshisaLIVE that it comes from a deeply personal journey to find herself and reassure her family.

The muso will release her debut album Rose on a Ranch on Friday and has already made waves with her latest single The End.

It is perhaps her most candid release, with her touching on her mother's depression and expectations on her as a breadwinner.

“I wrote it in 2019. It is inspired by mom. She was going through a lot. You know when you are a single parent and also unemployed, you tend to focus on the negative when things are not working out for you or your children. So, being the eldest of my siblings, she looks up to me. It is just a song to tell her that I see her struggles and everything will be okay.”

The star had just signed to Prince Kaybee's Low Key Records at the time and her mom expected that things would suddenly blow up for the star, leaving her with mild depression when things didn't immediately take off.

“At the time my music was not moving and it seemed as though nothing was happening. When you sign under a label, people expect that we are doing things now and music will be released. My mom didn't understand that it takes time.

“She went into a kind of mild depression, she was getting sick a lot. She was not being honest and hiding things from me. I could see that she was wasn't coping and so I went back home to speak to her. She was not okay, we spoke about everything and she was really supportive. Through it all, I had this melody in my head that became The End.”

She said that her mom is doing a lot better now and is proud of everything she has achieved over the past few months.

She added that Kaybee has also been a big help.

Reflecting on the moment he approached her to sign to his label, Rose said it was a dream come true.

“I met up with a group called Soulmajestik and started working with them in 2016. We recorded a house cover of Bob Marley’s Redemption Song, and one day they heard that Kaybee was looking to sign artists for his label. They submitted the song as a demo and as soon as he heard it he asked for my number.

“He introduced himself and I didn’t believe it was him. He finally convinced me and asked if we wanted to work together. I jumped at it, and we met to make it official. I was impressed with his vision for the label and what he expected of me. He dedicated all his time to produce my album, which I am very grateful for. It has changed my life and career.”

She said the lessons she has learnt over the past few months have helped her make the best album she could.

“I am excited for fans to hear what I have been working on. From the first song, you will feel like dancing. It is all about dancing and fun times. There is a lot that you can take away from the album, there are some strong messages, like empowering women and self-belief.”

Prince Kaybee hits back at hate over women’s month album

Prince Kaybee hits back at hate for his planned women's month album, which will feature 10 female artists in different genres
TshisaLIVE
1 year ago

Prince Kaybee defends Gaddafi stance: If you don’t like me, that's fine, just don’t get emotional

'I just want artists to rely primarily on the song more than on a big budget.'
TshisaLIVE
1 year ago