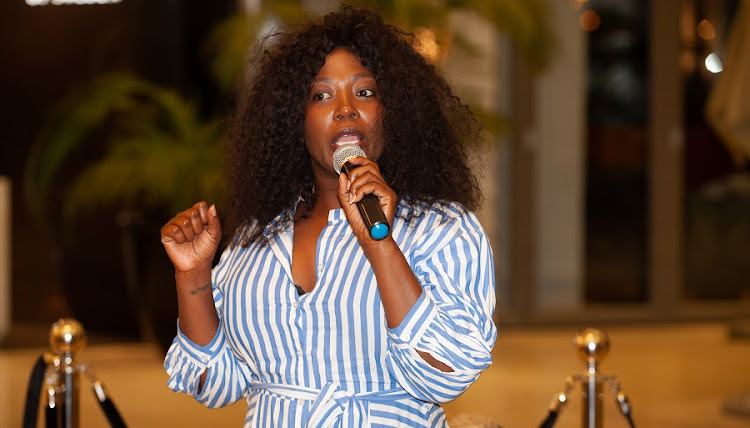 Actress Rami Chuene and rapper Cassper Nyovest have joined the army of fans defending Master KG, after critics took shots at him for acting like “a groupie” over his latest success.

It's been a crazy week and a bit for Master KG and Nomcebo, with their hit single Jerusalema reaching 100 million streams on YouTube and featured by global superstars Janet Jackson and Cristiano Ronaldo.

The song is also charting around the world, including at number two on the Shazam Global Charts, and spawned a viral dance challenge from India to Indonesia and Inanda.

But not everyone is happy with the star's success and after he thanked Ronaldo and Janet for their love, he was accused of acting like “a groupie”.

Former The Queen actress Rami took to Twitter to set the haters straight, telling them that it was Master KG's season and they should let him be.

“Go peinelwa and hating on him won’t help, leave the man to enjoy his glory,” she wrote, adding that “he deserves all of it”.

It’s @MasterKGsa’s season. Ke phetho, ke tuu! Go peinelwa and hating on him won’t help, leave the man to enjoy his glory. He deserves all of it.

“First of all, we all don't know how it feels like to have your song posted by Janet Jackson and Cristiano Ronaldo. Can we let the man enjoy his moment without having to deal with criticism on how to show gratitude.

“Let people enjoy their moments because you don't know what it took!”

First of all, WE ALL don't know how it feels like to have your song posted by Janet Jackson and Cristiano Rolando. Can we let the man enjoy his moment without having to deal with criticism on how to show gratitude. Let people enjoy their moments cause you don't know what it took! https://t.co/oHT0Ol44KO

The star also apparently addressed the hate, telling his critics that if they are pressed now, they better get ready for some real chest pains.

“It doesn't matter if that's what you think! I'm still going to show love to everyone. Get ready to get more pi**sed!” he wrote in a now-deleted tweet that has been shared online.

Speaking to TshisaLIVE in July, Master KG said he was humbled by all the love his song had got, saying that the wave just got bigger with every passing day.

Jerusalema continues to take over the world and is even your favs fav.
TshisaLIVE
1 year ago

“Anyone who thinks that I am a one-hit wonder must go study up on me and check all that I have done”.
TshisaLIVE
1 year ago