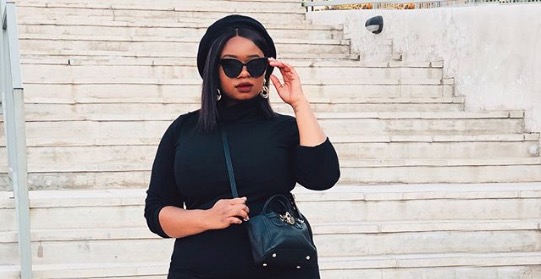 Thickleeyonce says she got her coins after being 'cancelled' on social media.
Image: Thickleeyonce/Instagram

A week after being 'cancelled' on social media over comments she made about the bias against true plus-size models, Thickleeyonce says she is thriving.

Sis had the internet in meltdown mode when she weighed in on a post by Glamour UK about embracing your body, by claiming that the body positivity movement was “not for slim bodies already accepted by society”.

She was accused of “body shaming” skinny girls and faced calls for her to be boycotted. She denied the claims but stood by her original comments.

Just as the backlash was starting to die down, a follower asked if Lee was still cancelled.

The model hit back at the question, claiming to have not felt any effects of the boycotts.

She said that she had amassed over 10,000 new followers across three different platforms and got five new gigs in the week after the outrage over her comments.

“Cancelled for what exactly, boo? Literally got 3k new followers in less than a week on Twitter, 4k on Instagram, 3k on YouTube and five new paying campaigns.”

She also claimed that her website had “crashed” because of the demand for her products and said she keeps winning.

“Y'all be so mad. It's your ugly hearts that block your blessings while I keep winning,” she added.

Sis has been selling plus-sized clothing for a while now and spoke out on Tuesday after she was accused of not being “inclusive” by stocking clothing in smaller sizes.

She hit back at the criticism.

“I honestly can’t believe people are upset and saying I’m not 'inclusive' because I don’t sell smaller sizes. Is it crack? I’m deliberately catering for women who can’t find stylish clothes that fit them at stores. There are no clothes for us at the mall,” she explained.

I honestly can’t believe people are upset and saying I’m not “inclusive” cos I don’t sell smaller sizes 🥴🥴🥴 is it crack? I’m deliberately catering for women who can’t find stylish clothes that fit them at stores. THERE ARE NO CLOTHES FOR US AT THE MALL! Wtf https://t.co/O2Zu0eoy8X

"I don’t care what they say about me, involving her is sick. I really don’t understand what’s wrong with people."
TshisaLIVE
8 months ago

Lesego Tlhabi opens up about losing roles because of her weight

"I lost out on a big role last year because even though I was perfect in character, they 'didn’t imagine her as fat'. That’s what fatphobia & being ...
TshisaLIVE
8 months ago

"Nasty C dm’d me months back about this, I was hella excited! Lol y’all must not bore me," Thickleeyonce said.
TshisaLIVE
8 months ago
Next Article