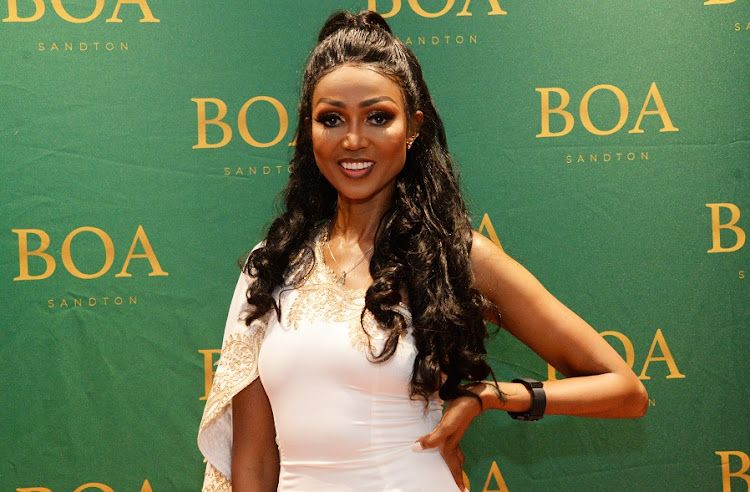 Babalwa Mneno says she has no regrets about wearing a weave to the protests.
Image: Gallo Images/Oupa Bopape

Socialite Babalwa Mneno has hit back at criticism of her wearing a weave while protesting against a Clicks advert labelling African natural hair as “dry and damaged”.

The health and beauty retailer came under fire on Friday after pictures of the advert, which also described white hair as fine and flat, went viral on social media.

As outrage grew, the company apologised and took down the advert. The EFF shut down several Clicks stores nationwide on Monday in protest. TimesLIVE reported that almost 40 Clicks stores were affected by the protest action, with five people arrested in connection with the destruction of a Clicks outlet at the Lemon Tree shopping centre in Alberton.

Babalwa joined the protests at Clicks in The Wedge Shopping Centre and posted a picture of herself on her way to the store.

Clicks at the Wedge...... #asijiki pic.twitter.com/OrB3znGJxj

But the star was soon dragged for wearing a weave when much of the protests were against the discrimination of natural hair.

Some argued that while social media users were posting pictures of their beautiful natural “crowns” in defiance, sis was not helping the cause.

She hit back at the criticism, saying that she should be allowed to wear whatever she wants, as long as she is fighting injustice.

“I literally should've just worn a blonde wig to p**s all you fake stooged out a**holes! I can go and fight for anything I want in whatever way I want! What’s important is that I’m fighting!”

She told her critics that they should sit this one out if they were too weak to try to make a difference.

“Sit your clown ass out of this because you're weak and watch while we put racists in their place!”

Meanwhile, musician and poet Ntsiki Mazwai has shared her plans to hold a protest march against the advert, inviting celebs to wear their natural hair.

She also asked celebs not to mislead or “brainwash” their fans “with their insecurities”.

They are brainwashing the black girl with their insecurities

We are kindly asking the celebrity women to stop misleading our girls🙏🏿siyanicela...... B YOURSELVES!!!!!

Fans were ready to cancel Minnie for her comment.
TshisaLIVE
1 year ago