Inside Prince Kaybee’s twar about his relationship with Mampintsha 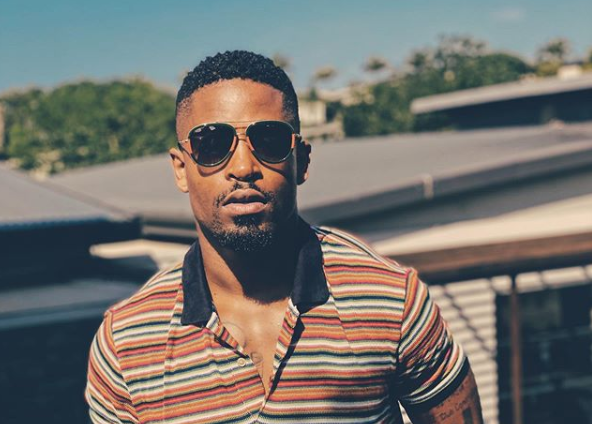 Prince Kaybee was reminded of his relationship with Mampintsha.
Image: Instagram/Prince Kaybee

Weeks after Prince Kaybee issued a public apology for working with Mampintsha amid a backlash, a tweep decided to call Kaybee out again.

Last month Kaybee came under fire after he teased about a collab with Mampintsha. Amid the outcry, Kaybee apologised for his "lack of judgment and insensitivity" and pledged to donate 50% of proceeds from the track to victims of gender-based violence (GBV).

So when Prince Kaybee weighed in on football player Thembinkosi Lorch being arrested for assaulting a woman, a social media user reminded Kaybee of his relationship with Mampintsha.

Did you ask Mampintja this when you brought him to studio? https://t.co/R3clfD6O4N

A fan came to the defence of Prince Kaybee, telling the tweep the two artists had a heart-to-heart about Mampintsha's past.

Mampintsha made headlines last year when his partner, Babes Wodumo, opened a case of assault against him after a video clip of him slapping her several times went viral and sparked outrage across the country.

Babes and Mampintsha laid charges of assault against each other. Mampintsha was arrested and released on R2,000 bail. He admitted to hitting Babes but claimed she assaulted him first. Their assault cases were referred to Families SA for mediation and have since been resolved.

The Hosh hitmaker told the fan to let the troll “have her moment”. This started a back and forth between the two enemy camps.

Lol its okay, let her have her moment, shine @CynthiaKeleM

You see one thing about me is that I have the patience to take in all the insults you can ever throw at me, like I’m built like that but one thing I do not understand is when someone swears if they don’t get their way. Debates are not for everyone❤️ https://t.co/f0HvCHL1v8

“You see one thing about me is that I have the patience to take in all the insults you can ever throw at me, like I’m built like that, but one thing I do not understand is when someone swears if they don’t get their way. Debates are not for everyone,” replied Prince Kaybee.

After trying to out "petty" each other, Prince Kaybee finished the fight by listing his initiatives to help women across SA.

Nana I CAN BE VERY PETTY, ridiculously petty. YOU DONT WANT TO DO THIS😞 https://t.co/tkiYhDhNBS

This isn’t the first time Prince Kaybee has come under fire for being involved with Mampintsha. Earlier this year, the star apologised for working with the alleged abuser, saying he was sorry for his "lack of judgment".

Prince Kaybee questions Mampintsha outrage: 'How long must we remove him for?'

"How long should we keep removing him, because he is willing to use his talent to focus on rehabilitating those he has caused harm [to] and fund ...
TshisaLIVE
1 year ago

Prince Kaybee apologises for working with Mampintsha amid outcry

"While this action will not reverse the pain and damage caused by gender-based violence, I’ve decided to donate 50% of the proceeds of my ...
TshisaLIVE
2 years ago

Mampintsha’s manager drops him: I was doing it out of the goodness of my heart