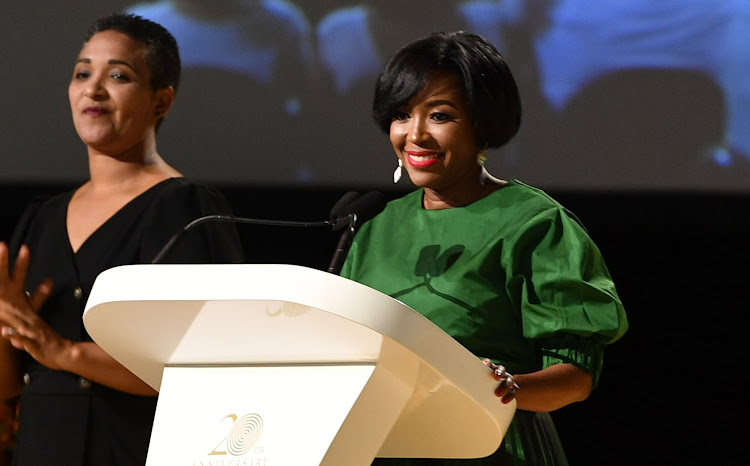 Radio personality and former Generations actress Phemelo Motene has hit back at suggestions that the outrage over a “racist” advert by Clicks was taking attention away from other service delivery issues that are “more pressing”.

Clicks came under fire on Friday after the advert on its website, which labelled African “hair as dry and damaged” and “white hair as fine and flat”, went viral on social media.

It sparked outrage across the country and while the retailer apologised and removed the advert, the EFF held protests outside several of the company's stores.

The debate around the advert continued on social media, where columnist and political analyst Judith February claimed it was overshadowing important topics that needed addressing.

“SA today: stores trashed by a minority political party because of a hair ad. Meanwhile children die in pit latrine toilets, corruption eats away democratic gains and unemployment is near 50% but by all means let’s destroy Clicks and more jobs,” Judith wrote.

Phemelo disagreed with the sentiment and made it clear that people can be outraged by more than one thing at a time.

She also told Judith to “stop policing out emotions”. [sic]

We can be outraged by unemployment, pit latrine toilets, racism, corruption all at the same time. It is not either or. Condemn violence sure, but please stop policing out emotions https://t.co/1SUHYWIlaK

The star returned to Twitter on Tuesday to also share an encounter she had with a man who claimed that “architect of apartheid” Hendrik Verwoerd was right about black people governing the country.

He also asked her what the problem was with the Clicks advert.

“I am so hurt. I started wondering about the daily experiences of his employees. Our black fathers, brothers, uncles work for him. I wanted to hug them all,” Phemelo wrote of the experience.

A white man just told me to my face that #Verwoerd was right by saying :"A black man will never be able to govern SA"... went on to say what is our problem with the "hair ad?"...

Am so hurt. I started wondering about the daily experiences of his employees. Our black fathers, brothers, uncles work for him...I wanted to hug them all https://t.co/X4fISzfUmj

He proceeded to tell me, but I am not like the other blacks because he can hear I am "educated". He looked at my fro and stopped talking, and offered to talk me to my car and help me carry my second bag... What the actual F...K?! https://t.co/0pNA9iq2NI

"I can go and fight for anything I want in whatever way I want! What’s important is that I’m fighting!"
TshisaLIVE
1 year ago