From the father's 'this is my house' and 'tell them, my wife', to the mother's 'don't disturb me when I'm talking' jabs, the pair had viewers hooked! 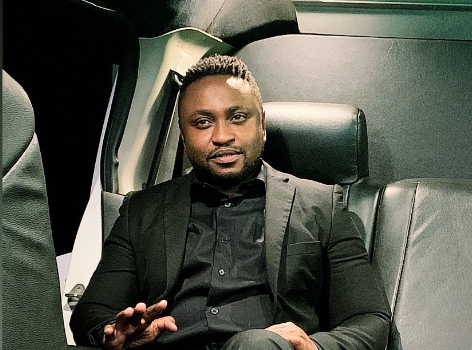 Presenter Siya Mdlalose was standing in for Jub jub this week on 'You Promised To Marry Me'.
Image: Twitter/Siya Mdlalose

After watching Sunday night's episode of You Promised To Marry Me, fans have reached an agreement that Simthandile's parents stole the show and the two “fighters” deserve their own programme.

The show guarantees bucket loads of drama. However, none of the viewers could have anticipated that instead of worrying about the people who promised to marry each other and then broke the promise, they would be mesmerised by Simthandile's very loud parents.

Simthandile is the man the show confronted this week after he allegedly left Aviwe hanging after promising to marry her. It was revealed in the episode that he stole his mother's ring to make the promise, then changed his mind and allegedly drank the money away and got another girlfriend.

Even in that already messy situation, Simthandile's parents won the hearts of viewers and stole the spotlight. Not only were they fighting the show and the presenter but at some point they fought each other, fought Simthandile and everyone in that cramped living room they were in.

They had the volume and the punchlines, and tweeps were just living for the effortless drama they brought to the show.

Here are some of the top reactions from You Promised To Marry Me fans.

My fighters😂😂😂😂😂
They were fighting themselves, each other, the whole family, their son Simthandile le ex Aviwe and Aviwe's aunt, Jub Jub, JUST EVERYONE 😂😂😂😂😂 wooooooo Hai what a mess!! 🙆‍♀️#YouPromisedToMarryMe pic.twitter.com/WVaOTvXc0U

'Uyajola' fans were glad that Jub Jub can swim, because he would have drowned for sure!
TshisaLIVE
1 year ago

Uyajola 99 always has a show within the show... This week it was Ginger mary and her Engrish!
TshisaLIVE
1 year ago

Redemption? Jub Jub opens up about how life has changed since his release from prison on parole.
TshisaLIVE
1 year ago