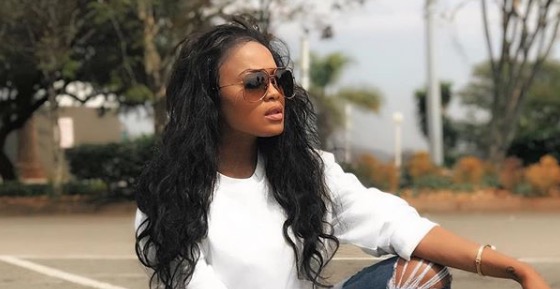 Editor's Note: Lerato Kganyago's claims on child trafficking in South Africa was fact-checked by Africa Check and was found to be incorrect. This article has been updated to reflect the corrected information by the organisation.

Lerato Kganyago tweeted that South Africa is on the 'tier two watchlist' for human trafficking, a classification by the US department of state. Africa Check states this incorrect as South Africa was upgraded to a 'tier two country, according to the 2020 Trafficking in Persons report from the US state department released in June this year.

Lerato's claim that at least one million children are trafficked in South Africa each year was also found to be "exaggerated".

As reports of women being abducted and posters of missing women and children fill social media, celebrities Lerato Kganyago, DJ Franky and Lvovo have spoken out against human trafficking, and called on authorities to act urgently.

The #HumanTrafficking hashtag has been used over the past few weeks to help women and children become aware of the increasing alleged human trafficking hot spots all over the country, making it hard for people with influence to keep quiet about the growing crisis.

Lerato was one of the first to speak out, saying the issue is becoming worse in Mzansi.

"Every hour a child or woman goes missing! Some are lucky to escape, most never make it! Human trafficking is real!" she claimed.

Every hour a child or woman goes missing! Some are lucky to escape, most never make it! HUMAN TRAFFICKING IS REAL!

South Africa is considered to be on the “Tier 2 Watchlist” for human trafficking. At least A MILLION kids are trafficked each year. Our government is not doing enough...

Lerato attributed her claims to a report by the non-profit organisation, The Borgen Project, on human trafficking in SA.

The Trafficking in Persons Report 2017 by the Office To Monitor and Combat Trafficking In Persons at the US Department of State listed SA as a tier two nation for human trafficking, defining it as a country "whose government does not fully comply with the Trafficking Victims Protection Act’s minimum standards, but is making significant efforts to bring themselves into compliance with those standards".

Lerato's tweets saw many people share their experiences of attempted abductions in cities like Pretoria and Johannesburg.

Musicians Lvovo and DJ Franky called on the government to put a stop to the scourge, while author Jackie Phamotse questioned why those in power had not actively participated in conversations about the matter.

How do all these trafficked people leave the country? No passports or Visas. Do u realize that we are dealing with a much more organized syndicate than we thought? #HumanTrafficking

Things keep getting worse for women and children in South Africa. No sign of change or help on the horizon. #HumanTrafficking

J's cousin promised her a well paid job in India as a housekeeper. Instead, she found herself in a brothel until the United Nations brought her home ...
News
1 year ago

The insurgents behind the deadly attacks in northern Mozambique are exploiting links with African crime syndicates, whose assistance is seeing arms ...
News
2 years ago

An attempted abduction of a 19-year-old woman to force her into marriage has led to the arrest of her mother and sister as well as the would-be ...
News
2 years ago

A 38-year-old Northern Cape man has been arrested on a charge of human trafficking, police said on Wednesday.
News
2 years ago