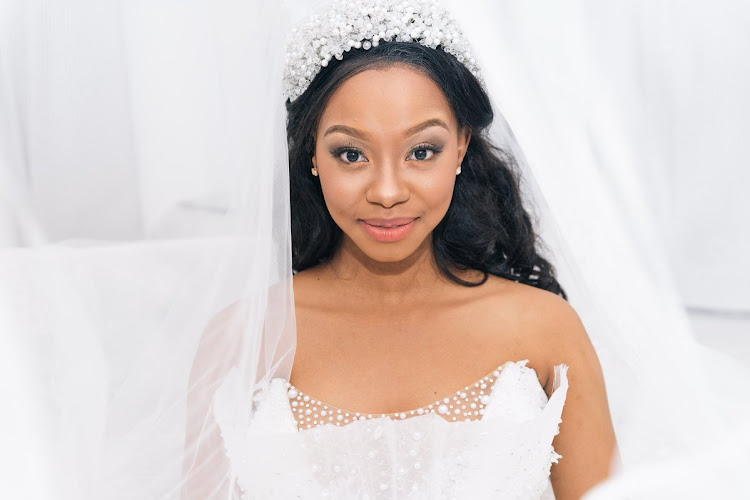 'The River's' Tumi swore on her life that she isn't a cheater, even though she is, and fans can't believe she's capable of such behaviour.
Image: Twitter/The River

Fans of The River have watched Tumi as gets deeper into her entanglement with Mabutho, but when they saw how hard she lied on Tuesday night's episode, they knew that sis is a pro at cheating.

Most viewers have concluded that sex with Mabutho, who happens to be her husband's cousin, must be amazing, because as far as the things Tumi wants in life - like luxury and money - Mabutho doesn't have anything other than being cute.

Fans have had to watch Lindani cry about his suspicion that his wife is cheating on him in front of the very person she is cheating with.

Lindani almost walked in on his wife and cousin doing the deed. In fact, he did, but Tumi turned up the drama and accused Lindani of seeing things. She went as far as convincing poor Lindani that not only is he crazy, he's a paranoid embarrassment.

However, when Tumi lied with a straight face to her mother Lindiwe, who coincidentally gave her a young lecture about the dangers of cheating, even Tumi's fans were left in awe.

Lindiwe has said it. Tumi should just be faithful to her husband once#TheRiver1Magic#Tumi pic.twitter.com/wrE3l5bApm

Viewers had the memes to express their shock at Tumi's audacity.

#theriver1magic Tumi humiliated her husband just like that ''go find your balls '' did she really say that pic.twitter.com/u054NDt4aB

Yey!! When girls lie they make sure 🤣🤣🤣
Tumi #TheRiver1Magic pic.twitter.com/VNG4bBgpmz

Tumi lying to madlabantu with a straight face ya she is really her mother's daughter #TheRiver1Magic pic.twitter.com/0NVCbl2YcZ

#TheRiver1Magic Lindiwe's money brought out the English in Tumi. She's on some "new money, who dis"🤣🤣🤣 pic.twitter.com/HZPvH5kood

'The River' fans are here for Lindiwe blue-ticking Nomonde’s 'kidnapping'!

LOL! 'The River’s' Emma is proving to be a real 'die hard'

Emma is making Lindiwe breathe through the wound ...
TshisaLIVE
1 year ago