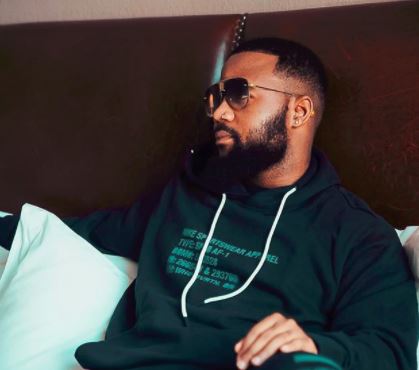 Cassper Nyovest has come out guns blazing against “Twitter know-it-alls” who criticised him for taking his newborn son with him to the beach for work.

Cassper took to Twitter to let his fans know that he is in Durban filming a music video for his single Bonginkosi, from his latest album Any Minute Now.

“Shooting #BongiNkosi in Durban today with the legendary Zola 7. I got my son with me down here at the beach. I have so much to be grateful for. My album charting in eight countries. People are loving it. I feel so blessed,” he wrote.

However, peeps on Twitter didn't understand why he took his son with him to Durbs, and they didn't mince their words when they told him as much.

“I hardly ever criticise people, especially with matters that doesn't concern me, mara isn't it a bit unsafe for a newborn to be at the beach during this pandemic?” one tweep asked.

Cassper had a spicy clap back ready to go.

“Relax! We have a house by the beach! Eat a banana!” he said.

The rapper added that the concerns about his child were unnecessary because in addition to having a beach house to host his family while he works, the child was protected indoors.

Someone asked Cass how he managed to even take his family out to Durbs, when in most black cultures it is taboo for the child to leave the house so quickly after birth.

Cassper said both his and baby mama Thobeka Majozi's moms were at the beach house to help out and, since he got their approval, he was satisfied.

“The baby is indoors with the mom. Both grandmas are here. They coming with the rules,” Cassper said.

The baby is indoors with the Mom. Both Grandmoms are here. They coming with the rules .

The rapper also basically told his haters to block him because he’s about to flood the TL with his “proud daddy” tweets.

“If you not happy for me, unfollow me now! The next few days/months/years ima be flexing with my family hard!!!! I'm proud to be a first time dad!”

Read his flex tweets below:

You know those people who are always like "My husband is" abo " My Husband and I " & "Me & My Hubby" . That's gone be me with my son!!! Yall gone hear about my son for the rest of my life!!! I'm a Proud father FOREAL!!! Soon they will tell me to stop speaking about my son. Lmao

If you not happy for me, unfollow me now! The next few days/months/years ima be flexing with my family hard!!!! I'm proud to be a first time DAD. Yall think i won't flex cause im humble? I worked way too hard 4 me not to tell you how I have my whole family in a crib by the beach! https://t.co/mRZ99MkXIp

Here's why Cassper plans to keep his son off social media

You might have to wait to see Cassper's little boy.
TshisaLIVE
1 year ago