Nkanyiso Mzimela on Melusi’s dilemma: His parents broke his heart with their divorce 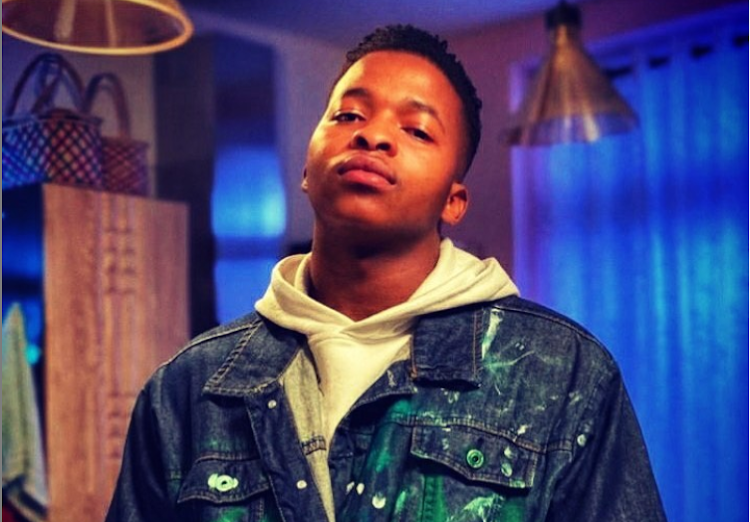 Isibaya actor Nkanyiso Mzimela's character, Melusi, is currently doing the most with his  bad behaviour and he says there's a lot more brewing under the surface.

In an interview with TshisaLIVE, Melusi said while it was natural for fans to get angry about the blatant disrespect he's been showing his parents and particularly his on-screen mother's new man, people needed to understand the reasons before they judge him.

“People need to look beyond his anger and see that his parents broke his heart with their divorce. They need to understand where he's coming from. His parents didn't even give him an option or ask if he's OK with the divorce or not. People never understand why children act the way they act, they always rush to judge them, saying things like 'this child is rude or this child is disrespectful!'" Nkanyiso explained.

In the story, Melusi was simply instructed to be OK with his parents' divorce without anyone ever checking in with him about how the whole thing made him feel. He's acting out in the most rebellious way possible for an angry teen and fans of Isibaya have been in their feels about why he's harder on his mother than his father for the divorce.

“For his parents not to respect him to have the conversation and confront the feelings that come with the big life change, has really left him feeling like he needs to show them that he's old enough to be respected. Viewers are going to have to hate the game and not the player, he's just responding the best way he knows how.”

"She is fully in control of her choices. No family obligation, no cultural expectations and certainly no societal BS. Big difference. That's power.”
TshisaLIVE
7 months ago

In real life Nkanyiso's parents have always supported his dreams. When he was convinced in primary school — after acting in a grade 3 school play — that he was meant to act, they took him seriously enough to help him, but the timing wasn't right and it didn't work out.

Later on, when Nkanyiso realised as a teenager that the acting bite hadn't healed, he tried once more. The young actor got an agent, bagged an Isibaya audition and landed the role of Melusi, which he didn't know at the time would be a big role.

“Everyone in my family is academic, like as far as education goes, everybody is on point. They got their education and got real jobs, I mean my father is an accountant ... So a career in art isn't really something they had embraced, but they allowed me to do it and gave me a chance to prove that I was serious and I could do it. My father was just happy that I wasn't falling into the traps on the streets, like drugs and what not,” he said.

Since that first role, Nkanyiso hasn't looked back and he's even played a lead role in a local film titled Izwi Lakho directed by Christopher Mashile.

Check him out below:

A deaf man falls in love and gets his hearing back

“I always say the worst thing that can happen to an actor is for people not to talk about the character at all.”
TshisaLIVE
7 months ago

"She is fully in control of her choices. No family obligation, no cultural expectations and certainly no societal BS. Big difference. That's power.”
TshisaLIVE
7 months ago

The star's daughter goes to the school.
TshisaLIVE
7 months ago

If there's a woman worth listening to this August, it's Ayanda Borotho!
TshisaLIVE
8 months ago
Next Article