Kelly Khumalo clears the air: 'I am just an artist who sings gospel' 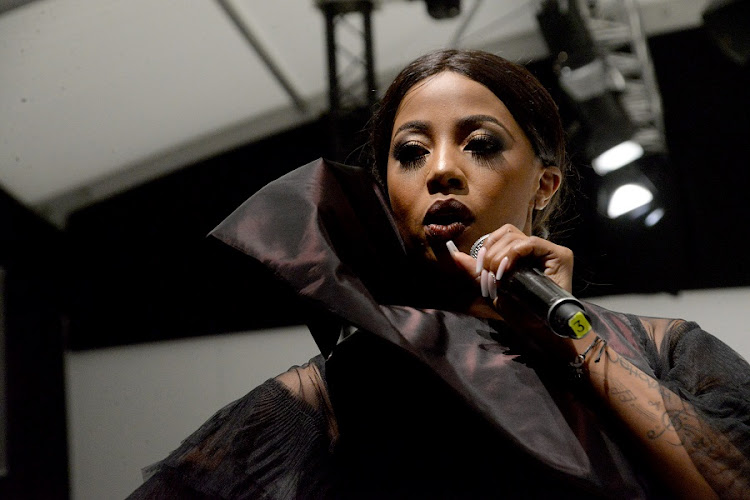 Kelly Khumalo does not want to be seen just as a gospel artist.
Image: Gallo Images/Oupa Bopape

Kelly Khumalo may be taking us to church and topping the charts with the powerful Hlengiwe Mhlaba collab Esphambanweni, but the star has hit back at claims she has traded her pop career for one closer to the pulpit.

Esphambanweni has earned the star rave reviews and trended on music streaming services, and Kelly recently told TshisaLIVE she has been humbled by the response to the song.

“It is about the significance of the cross. It reminds us that God loves us so much, he gave his only Begotten Son for us. It reminds us of his unconditional love. It has been amazing. It is a dream come true for me.”

In a video to fans last year, Kelly said she had received many  messages encouraging her to release a gospel album, but was still undecided about venturing into the genre.

In an Instagram video on the launch of DStv's new channel, Trace Gospel, she hinted at possibly sacrificing “secular music” to release the project.

“Something changed in me. My whole life, I have been trying to figure out who am I and what I am meant to do. I was convinced doing secular music was exactly what I was meant to do, but after tonight I feel different.

“The thought of it scares me. It scares me so much because, for me, I love God, I respect God, and I think the biggest fear comes from whether I am making the right decision. What scares me is that I am leaving me behind. It is surrendering to the power that is God. This is one thing I cannot be in charge of. It requires me to surrender and that scares me.”

She has now denied claims she is a gospel artist and said she has always infused gospel in her music.

“I have not made a move to gospel music. I have always had a gospel song on all my albums. I grew up in church. God has been a very significant part of my life. I am not a gospel artist and I don't think I will ever be a gospel artist. I am just an artist who sings gospel.”

Kelly said the only difference is that she is actively promoting her gospel music more than she has done before.

“I have grown to love and embrace gospel music more. God has been a very significant part of my world and I need the world to know and understand that the strength and resilience they see in me, is not because of me but because of the power that sustains me, which is God”.

Kelly Khumalo hits back at 'blackface' criticism: I hope one day we see beyond skin colour

"It is such a shame that we see everything as a threat against our skin colour, even something as simple as art"
TshisaLIVE
1 year ago