'There is no problem' 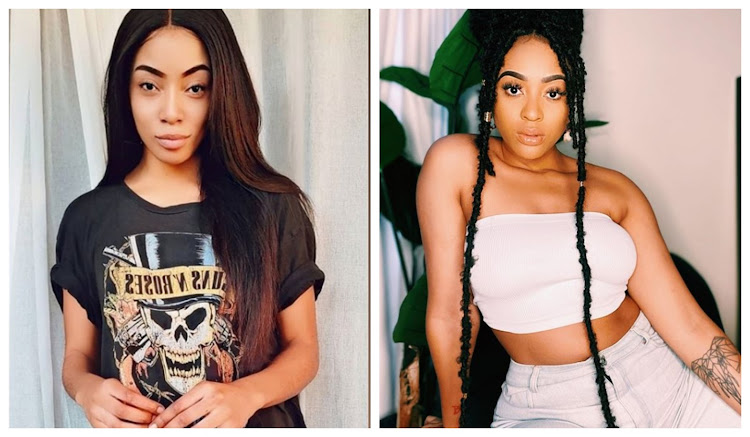 Rapper Rouge is tired of people telling her she has beef with rapper Nadia Nakai.
Image: Instagram/Rouge x Instagram/Nadia Nakai

Rapper Rouge has had to shut down assumptions that she and fellow rapper Nadia Nakai have been beefing yet again.

In an interview on Podcast and Chill With MacG, Rouge again had to set the record straight when she was asked if she's beefing with Nadia because the pair haven't got around to making music together.

“Honestly speaking, there is no beef. There is no problem between Nadia and I. It gets really frustrating, the fact that people are trying to create beef. It's very very annoying,” Rouge said.

The rapper said people were always looking to create drama and imagine a beef that doesn't exist, or push female rappers to beef because they can't stand to see them excel in a male-dominated game.

Just so it's clear this time around, the One By One hitmaker wants people to stop with the claims and focus on how amazing both she and Nadia are.

“It's also okay that we not friends. I've known Nadia for a while and it's just that life pushed us in different directions. We have different circles and our different spaces. Not to say that when we do see each other, it's not a thing if we don't greet each other or such things. When I see her, I say 'hi' and she greets back.”

Watch the snippet from the full interview below:

This isn't the first time  Rouge has had to shut down suggestions that she's beefin' with Nadia.

Back in 2019, sis trended at number one after she took to Twitter to blow her own horn about how she's undisputedly the best female rapper in the game. While she said nothing about any other rappers, the streets interpreted her cockiness as a low-key sub to other female rappers, and landed mostly on Nadia as the person with whom Rouge was comparing herself.

Rouge shut down a tweep who ran with the beef story last year,

According to SA Hip Hop magazine, Nadia has in the past made it known she isn't friends with every female in the game, and has no issues with that being the case.

“I’m friends with some female rappers and am not friends with others, and it’s fine. I don’t feel like we need to get along with everyone.”

The scammer claimed to have put both Rouge and Priddy Ugly on.
TshisaLIVE
1 year ago

We're all here for #HipHopHerstory here's 3 reasons why

Well... firstly because it's about damn time that women in hip-hop are given the recognition they deserve.
TshisaLIVE
3 years ago

Bash: Women in rap are doing so much better than most males

Rouge hits back at hater: This bullying sh*t doesn’t win

She later shared a video spitting some bars to prove that she had it in her to body any female emcee in SA.
TshisaLIVE
1 year ago