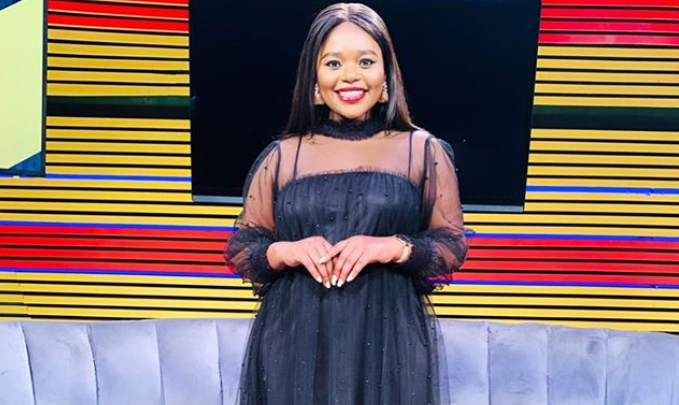 As the issue of human trafficking continues to dominate conversation on social media, radio and TV personality Pearl Shongwe has recounted how a family member came close to being a victim of the crime.

The Metro FM DJ took to Twitter on Tuesday to share that her nephew recently narrowly escaped being kidnapped.

“My nephew was almost kidnapped a few moments ago in Sebokeng Zone 3. Thank goodness members of the community came to his rescue while he was being snatched and forced into a boot. Where the F do we live? It’s unsafe for children everywhere. Don’t let them out to play,” she tweeted.

She said the boy was walking home from a shop when he passed a stranger who dropped a roll of cash. The boy alerted the man and, as he picked up the money, was held up at knifepoint by the stranger.

“Three other men showed up in a Toyota Tazz and the man said: 'Lo sihamba naye'. Luckily N’s friends were close by and saw what was happening. A man who works at a nearby shop also noticed that something was happening and alerted off-duty police officers who were next to his shop. They and community members came to his aid. The kid was fighting for his life,” she said.

The man asked him to please pick it up for him, which he did. He gave him the money and suddenly the man pulled a knife on him and searched his pockets. My nephew had his phone on him. They had an exchange because my nephew wanted his phone back. 3 other men showed up in

to his aid. The kid was fighting for his life 💔 nothing breaks my heart more. He thought he was being the child he’s raised to be by helping an adult, kanti it’s a trap. I spoke to him & when I asked how he’s feeling, he said ‘Futhi intliziyo yam’ ibuhlungu but ngizoba right’.

Pearl said her family was in shock and was planning to get counselling.

“Shocked to the core. My mom is in a state of hysteria. I’m finished by defeat. Everything about this country makes me numb.

“The trauma, the thought of what could’ve been, is killing us, but him especially. Grateful that he’s safe.” she said.

She was flooded with messages of support from followers who offered to assist her family and keep them in their prayers.

Pearl said it was sad that communities have become so unsafe that children can now no longer play in the streets without worrying about their safety.

OPINION | Lvovo is right, like GBV, human trafficking is not going away and you need to help

We cannot keep glorifying silence, because the same people who crucify us for being “snitches” will often be the first to ask for help when their ...
TshisaLIVE
1 year ago

"Phumani ku Gov manje because y'all gonna keep begging until y'all lose all your brothers and sisters!"
TshisaLIVE
1 year ago