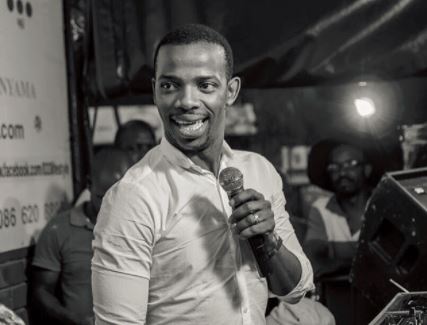 Musician Zakes Bantwini had a meeting with finance minister Tito Mboweni on Saturday.
Image: Via Instagram

Musician Zakes Bantwini has kept his promise and let South Africans in on how the meeting between himself and finance minister Tito Mboweni went.

The two met at the weekend at the Mountain Cafe in Limpopo, after Zakes requested to discuss issues such as youth unemployment, debt and the impact of Covid-19.

“Today we had a discussion with the minister about crowdfunding for young entrepreneurs and education.

“He's committed to supporting youth enterprises, within government policy and of course asked us to visit Magoebaskloof again,” Zakes captioned a picture of the round table discussion with the minister and his team.

He said the minister had committed to listen more to the youth and said his team would follow up with Mboweni in a few months' time.

Today we had a discussion with the Minister about crowd funding for young entrepreneurs and education. He’s committed to supporting youth enterprises, within government policy, and, of course asked us to visit Magoebaskloof again. #titomeetzakes pic.twitter.com/YHrBnsyWAm

We will follow up on whether this commitment was met in the next few months. He’s also committed to listening to more to young people. #titomeetzakes pic.twitter.com/C6REBJlYm9

My Ministerial Office chiefs visited for the weekend. So we had breakfast and lunch ⁦@Kingswalden⁩. Then ⁦@ZakesBantwiniSA⁩ and crew joined in later. Health protocols adhered to. Look at ⁦@bridgethuber⁩ in the pics. Great place. Homely. pic.twitter.com/fNcnzCdR1I

In an interview with TimesLIVE last week, Zakes said he was alarmed by the high levels of unemployment announced in the report by Stats SA two weeks ago.

He said he wanted to bring to the attention of the minister the plight of black youths, who are drowning in debt and poverty, despite being educated.

He said his employees, who are not older than 28, still struggle with helping their families and are unable to thrive to their full potential in the workplace.

“It's the smallest things that one may not pay attention to, but they actually stagnate the youth. Take, for example, the issue of black tax. One person has to take care of their family before they can focus on themselves, and this will not end in this system which traps people in poverty,” he said.

Zakes Bantwini on 'divided' Africa: 'We need to decide what's best for us as Africans'

"We are 'just entertainers'. What are we gonna do with money? We must just pop up and sing and dance. Awu izinja madoda."
TshisaLIVE
1 year ago