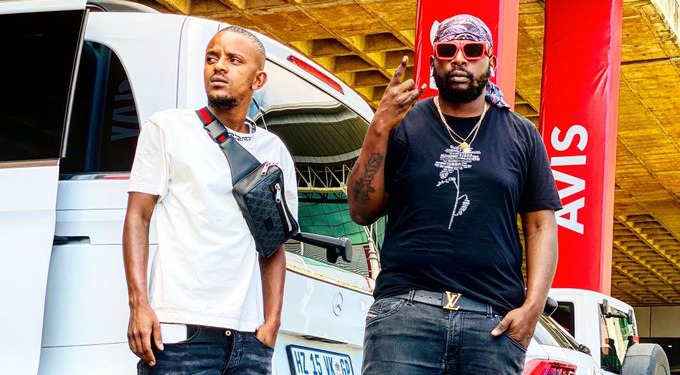 Amapiano hit sensations, DJ Maphorisa and Kabza de Small, have lashed out against an alleged human trafficking scam doing the rounds on social media, using their names to prey on young women.

Taking to their own social media platforms, Maphorisa and Kabza shared screenshots of the fake advert, which claimed the Scorpion Kings needed 10 women to shoot a music video with them in Mozambique at the end of October.

The post further claimed that each woman would receive a R6,000 payment for being in the video and that flights, accommodation and clothes would be provided.

Taking to Facebook, Kabza made it clear and Maphorisa vehemently warned women not to call the numbers of the scammer.

Fake Fake Fake Fake please Girls dnt even try!!! got 6 calls from parents asking if it’s true “Hell Nahh ” No No No No pic.twitter.com/soupUsWvy9

In June, Maphorisa revealed that it took him 10 years to really crack the SA music industry.

Maphorisa, whose list of hits is longer than you can ever imagine, shared how he was making way for younger artists.

“I've proven myself. I am a real producer. Now it's time to give other kids a chance. Princess x TNS was supposed to be holding the game now but, eish, people are still finding themselves. I said to Kabza let's partner 50/50 he said Ya lets f**k it up,” he said, announcing yet another new project.

Beef of the decade: DJ Maphorisa and Prince Kaybee are at it again!
TshisaLIVE
1 year ago