Halala! DJ Zinhle scoops Pan African Artist of the Year at the NAMA

“I've actually never won an award before and this means a lot to me,” Zinhle said. 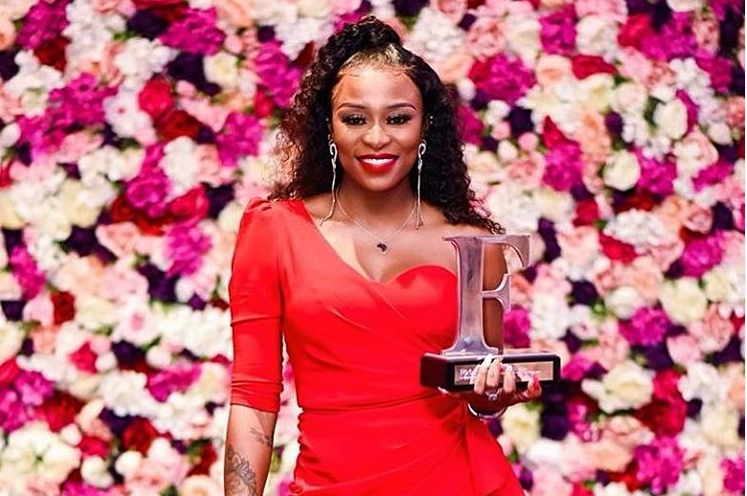 DJ Zinhle is having an amazing 2020.
Image: Instagram/Pearl Thusi

Adding to her long list of 2020 accolades, DJ Zinhle has been announced as the Pan African Artist of the Year winner at the Namibia Annual Music Awards (NAMA).

Of course, Zinhle's super chuffed about the award which she revealed is her very first music award ever!

In her brief, recorded speech, DJ Zinhle thanked NAMA organisers for recognising and honouring her and the Umlilo collaborators Rethabile and Mvzzle. Zinhle also revealed that even though she's been in the music industry for over a decade, she had never won a music award before.

“Hey, what's up everyone? My name is DJ Zinhle from South Africa. I've actually never won an award before and this means a lot to me.

“On behalf of South Africa, Rethabile, Mvzzle and myself, we would like to thank you for celebrating the song with us. We love the song and we're so glad that you love it so much that it actually won an award,” she said.

NAMA is the country’s premier annual music awards ceremony, recognising musical excellence across all genres, from traditional to contemporary as well as paying tribute to the various facets of musical production in Namibia, as well as in Africa.

On Twitter, Zinhle repeated the simple but impactful message of gratitude.

Congratulations to @DJZinhle for winning the #NAMA2020 Pan African Artist of the Year award. pic.twitter.com/mepmrFuryk

AKA slams troll trying to make DJ Zinhle’s win about him: Leave it alone man

AKA made sure tweeps knew that his baby mama's spotlight was not about to be dimmed using his name ...
TshisaLIVE
1 year ago

DJ Zinhle claps back at troll for questioning her parenting

“Did you know you could have your own child and dress them however you want?”
TshisaLIVE
1 year ago