"Beware of people who hijack slogans to portray hate and discrimination. You can be proudly South African without being xenophobic.” 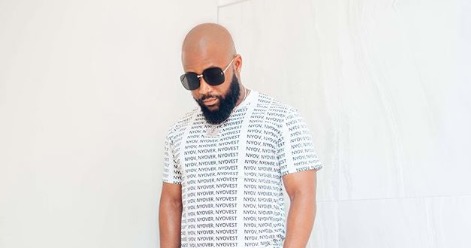 Cassper is not about all the hate on the socials.
Image: Instagram/Cassper Nyovest

Rapper Cassper Nyovest has hit back at people questioning his patriotism after he commented on Nigeria's #EndSARS, when some people on Twitter felt he had “largely” ignored the South African #PutSouthAfricaFirst movement.

Joining other celebrities such as Nasty C who have added their support for Nigerians, Cass tweeted about how inspired he was by Nigeria's unity in fighting for their human rights and the right to be heard.

“So inspiring to see what the Nigerians are doing. Fighting for their human rights and not stopping until they are heard. #EndSARS #EndPoliceBrutality”

So inspiring to see what the Nigerians are doing. Fighting for their human rights and not stopping until they are heard. #EndSARS #EndPoliceBrutality

However, tweeps came for him, saying that he had not shown a similar interest in local movements mobilising for similar socio-economic issues like #PutSouthAfricaFirst.

A tweep took a jab at Cassper, saying the only reason the world was “aware” of what was happening was due to Nigeria's celebrities bringing light to the movement and not acting like they “breathe flavoured oxygen”.

The tweep went on to claim that the Amademoni hitmaker “never” comments on SA issues but only did so for issues affecting Nigeria.

The rapper said he believes that being a united nation will help black people move forward and beat adversity. So he expressed how the movement #PutSouthAfricaFirst should not be used for hate but to rather uplift the black race regardless of their origins.

Cassper hit back at the tweep, saying he [the tweep] was so “obsessed” with “belittling” South African celebrities all day on social media after claiming that only the government had the power to make the change.

I always tweet about South African Issues. I see other South African Celebrities speaking out about our issues all the time. We do not have the power your government has to make the change. Yall are sooo obsessed with belittling South African celebrities all day on social media.

Cassper went on to share that some people use the opportunity to hijack slogans to spread hate and discrimination, explaining how it was possible for one to be proudly South African without being xenophobic.

The movement #PutSouthAfricaFirst shouldn't be used to hate anybody else. It should only be used to uplift our own people. Be ware of people who hijack slogans to protray hate and discrimination. You can be proudly South African without being Xenophobic. My 2 cents.

Cassper closed the debate by reminding tweeps how he's made a conscious decision not to argue on Twitter about serious matter because, at the end of the day, it's not really that “deep” for them [people on Twitter].

I made a decision not to argue on twitter about serious matters because the people on twitter don't care as much as you. They will work you up mad , only for them to tell you that "It's not that deep fam".

Not this Dr guy saying isiXhosa and isiZulu aren't official languages in SA but Mandarin is... such lies!
TshisaLIVE
1 year ago

“Maybe producers, but not artists any time soon. I just wanna be an artist for the next few years"
TshisaLIVE
1 year ago

Oskido loses his father Esaph Mdlongwa to Covid-19: I will see you again in the next lifetime

"Being strong is a skill I am getting tired of," a heartbroken Sidwell said.
TshisaLIVE
1 year ago

Costa vs Cass: DJ Speedsta apologises to Cassper Nyovest amid claims he 'overlooked his success'