“The number 1 is related to new beginnings, success and inspiration. 11:11 is connected to being in sync with yourself, your divine timing and purpose.” 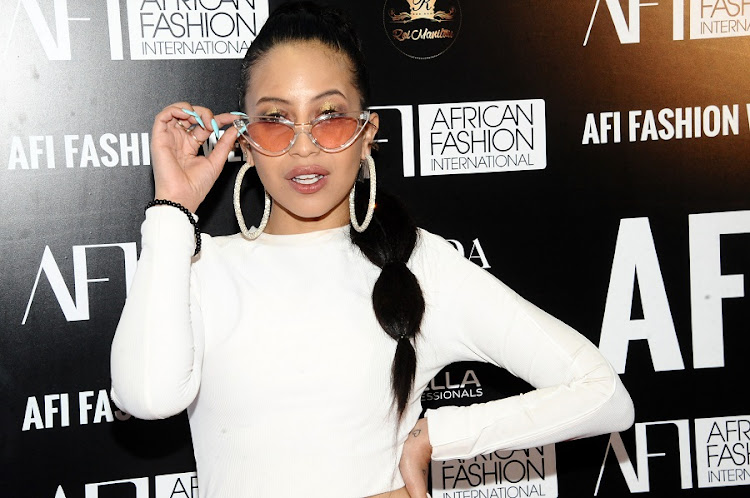 If you've been wondering what the “latest” obsession with the numbers 11:11 are and what the significance is, songstress Rowlene has packaged that energy into an album and tells TshisaLIVE all about it.

The singer, who is best known for her amazing song collaborations with rapper Nasty C, such as Phases and SMA, gave us the 411 on the number one and why she named her album 11:11.

“The number 1 is related to new beginnings, success and inspiration. 11:11 is connected to being in sync with yourself, your divine timing and purpose. I feel like music has been my purpose. I've allowed myself to be vulnerable and just to trust the process. I'm manifesting the best for this album without being attached to an outcome. I have a couple themes that's discussed and performed, but I truly wanted to showcase my versatility,” she explained.

Rowlene opened up about her journey so far in the music industry. She said while she appreciates all the challenges that have resulted in her growth as an artist and as a brand, she considered the lowlights of her career the lack of support from mainstream media platforms.

She added that she's glad the challenging times never made her underestimate her capabilities. The Stop singer said now that she has presence she planned to capitalise and showcase her fullest potential as a singer.

“At no point did I underestimate my capabilities. I just believe that time is such an important factor and it should always be about the one thing you stand for most and that's the music and genuinely connecting on a personal level. I feel like I'm ready to drop three additional projects right now, but time and understanding modern music consumption, things need to be done in a way you would like to be received as in the industry,” she said.

Rowlene released the music video for Stop  recently and since them her TL has been flooded with praise. The singer said she was super-chuffed her fans loved the visuals because she really hoped they would.

“It was inspired by multiple themes. I wanted something bold, yet elegant to match the nature of the song. It's a really hard song and it needed hard visuals that's would also be fresh, fun, with a plot twist, hence the Nasty C feature.

“The fans' reception has been crazy. They are obsessed with the visuals and are so supportive of everything that I've been doing,” she said.

Rowlene says there is no beef between her and A-Reece.
TshisaLIVE
1 year ago

"All my triggers, trauma and fears; come at me in one go"
TshisaLIVE
2 years ago

"I want to send a message to people that if I wanted to have features on the album I can, but I won't."
TshisaLIVE
2 years ago