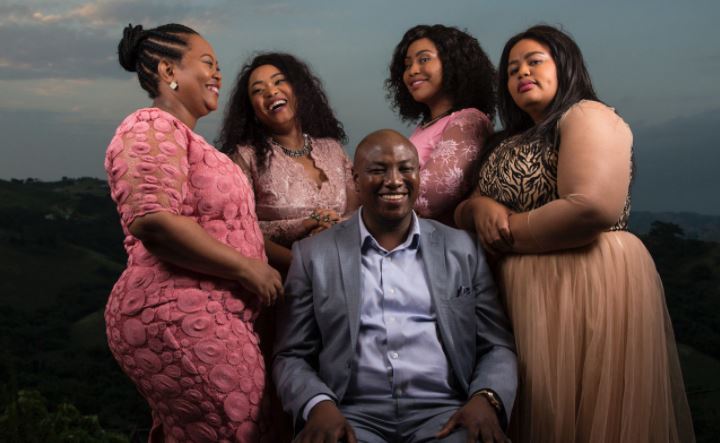 It looks like polygamist Musa Mseleku of Uthando Nes'thembu fame is fast losing his status as Mzansi's favourite polygamist as with each new episode fans lose a little love towards him.

Musa, who used to be a firm fave, has in the latest season of his polygamy-themed reality show been bashed multiple times for his treatment of his wives or children. Fans have criticised Musa for everything from the tone he uses when addressing his children to the suggestions he makes when in conversations with his wives, especially MaKhumalo.

Fans got in the feels this week when Musa shouted at MaKhumalo for her choice of outfit in front of the other wives. Musa felt MaKhumalo's hiking tights were “too tight” and see-through — something fans disagreed with.

Most tweeps felt he could have told her about his “disapproval” of the outfit privately while other bashed him for even having an opinion on what a woman can put on her own body.

Here are some of the top reactions to the reality show's latest episode.

Yoh, Musa is a lot. He could have just explained his dissatisfaction with her outfit privately. He didn't have to shout at her like that in front of the other wives. I would have also felt very small. #uThandoNesthembu pic.twitter.com/Wqp6vdFQ9W

MaKhumalo has no children,she can wear what she loves she comfortable in her own skin and should be allowed to wear what she desires Musa an bully and disrespectful she dont deserve this nonsense to be controlled she going through alot enough #uThandoNesthembu pic.twitter.com/F2D6LAWzoM

Why is @MusaMseleku_ fighting MaKhumalo with what she wearing an see through shouting at her infront of other wives,making her feel small.she wearing what she comfortable with saying he wont have an wife where the whole world would see her thats rubbish #uThandoNesthembu pic.twitter.com/qoBqubSw41

What a bully #Uthandonesthembu pic.twitter.com/fjzzUL6LKw

Women here are mad at Musa for Makhumalo while Makhumalo is still mad in love with Musa.

Most of yall are blowing this Makhumalo situation out of proportion hey..someone even went as far as saying Thobs must divorce Mseleku. I think you guys are just very sad with your own lives. #Uthandonesthembu #makhumalo pic.twitter.com/hrWcJOqWz5

Fans are wondering why Musa won't consider IVF or surrogacy for Makhumalo... he has the money doesn't he?
TshisaLIVE
1 year ago