Simphiwe Dana ‘comes out’ as gay: I know coming out means Africa will block me 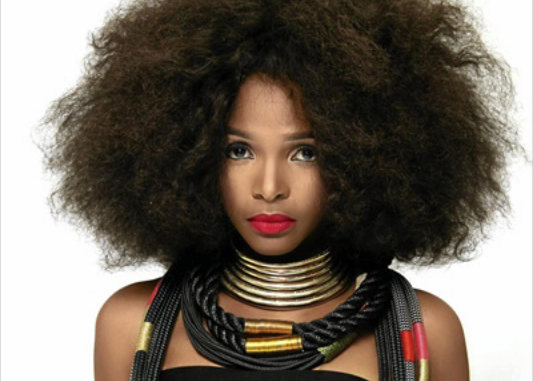 After being fearful of facing prejudice for years, musician Simphiwe Dana decided to finally live in her full truth and revealed that she's part of the LGBTQI+ community.

The Ndiredi hitmaker took to her Twitter TL to announce the news about her sexuality, saying that she's been hiding it for too long and, even though she expects rejection from Africa, she's decided she's OK with that.

“I've been holding this in since forever. I'm gay.

“I know coming out means Africa will block me. But, after a lot of thinking, I’m OK with it. I’m marrying a woman, and I’ve never been happier,” she said.

I’ve been holding this in since forever. I’m gay

I know coming out means Africa will block me. But, after a lot of thinking, I’m ok with it. I’m marrying a woman, and I’ve never been happier

As she engaged with her fans, Simphiwe added that she is bisexual and that back in her Ndiredi days, she had no idea that she was bisexual.

Simphiwe went on to share a snap of a woman who has been identified as Pumeza Matshikiza, who she said was her partner and the woman she wanted to marry.

The bio on Pumeza's Instagram profile reveals that she's an international opera singer, who sings soprano and is South African but is based in Berlin.

“I’m marrying her. She’s coming home to me today. We are so happy,” Simphiwe captioned a snap of Pumeza on her TL.

The usual trolls and the “men broke her heart and turned her into a lesbian” brigade obviously showed up - it wouldn't be Twitter if they didn't.

However, other tweeps showered Simphiwe with love and applauded her for finally being brave enough to share her news. Actress Rami Chuene was one of the people who reassured the singer that her revelations didn't change the love she has for her.

“Listen! We’re here for it. For all of it. Sending you and your partner lots of love,” Rami said.

Ndiyabulela sisi. Futhi ndiyoyika what my coming out means. But I know it was important that I do

"She is a retired nurse who went back to work for an old age home because nursing to her is a calling."
TshisaLIVE
1 year ago

"Please close schools down. You’re playing Russian roulette with our kids’ lives and by extension our lives."
TshisaLIVE
1 year ago

But she's already had issues with the album being "leaked".
TshisaLIVE
1 year ago

Many women, including actor Rosie Motene, commended her for sticking to her truth!
TshisaLIVE
1 year ago