Boity: It’s refreshing that I can take snuff in public without anyone giving me weird looks 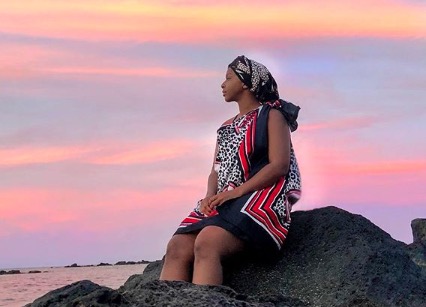 Boity has got real about using snuff in public.
Image: Instagram/Boity Thulo

Rapper and media personality Boity Thulo has again opened up about taking snuff in public, telling her followers that she is finally at a point where people no longer give her weird looks.

Just more than a year after she told fans on Twitter that she gets "wild" stares when she uses snuff in public, Boity returned to the platform at the weekend to reflect on how people were now super-chilled with it.

“So refreshing that I can take snuff in public spaces without anyone giving me weird looks. So comforting. Love to see it,” she wrote.

It started a thought on snuff that led to her calling for more black owned companies to make and sell their own brand of smokeless tobacco.

She hinted at being keen on the idea of getting into the business but said she doesn't have the time to do it just yet.

I don’t have the time to do it (YET), but can we please have more black owned companies making and selling our own brand of snuif? Ntsu le taxi ke tsa makgowa.

The star has opened up before about using snuff, telling Tumi Morake on WTF Tumi in 2018 that she often carries it around in her handbag.

Boity recently opened up about staying true to her traditional roots after revealing her  sangoma name: Gogo Nomakhwezi.

You can officially refer to me as Gogo Nomakhwezi. Thokozani. 👏🏾🕯✨🤗👑

Not y’all assuming I only have Batswana (Which are mainly Khoi) ancestors. How? I have a wild lineage. ONE NAME is not a representative of all my Dlozis.

Rapper reveals that both her maternal and paternal grandmothers were Xhosa.
TshisaLIVE
6 months ago

Boity on embracing her ancestral calling: I am not ashamed

“This is the best thing that has ever happened to me, and I’m not ashamed of it"
TshisaLIVE
1 year ago

Boity gets candid about living with ancestral gifts: Madlozi are hectic!

"The Dlozis will always disappoint you about the friends you thought were 'the ones'," Boity said
TshisaLIVE
7 months ago

Boity questioned who Abraham was and had Twitter in a huff.
TshisaLIVE
2 years ago
Next Article