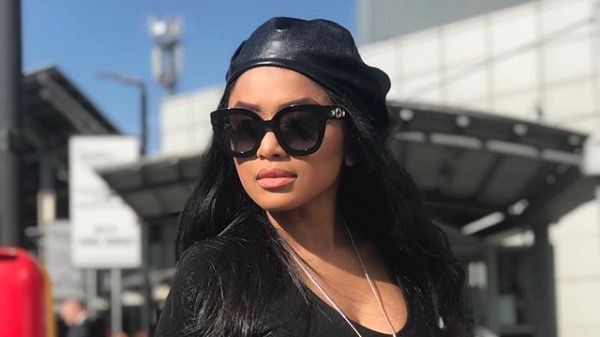 DJ and media personality Lerato Kganyago has opened up about the women-on-women hate among female DJs in the industry.

While DJing is still perceived as a male-dominated industry, in recent years more females have shown up and started to dominate the space.

Though Mzansi seems excited to see the rise in female DJs in gig line-ups, Mother, as she's known in the streets, revealed how a “certain” female DJ didn't want to be added to the line-up if Lerato was playing at a gig.

Lerato revealed this in a conversation with a tweep who asked why some line-ups don’t have female DJs.

Lerato lifted the lid of one of her sad experiences, saying one female DJ once told the owner of Vicks in Tshwane not to book her.

Babe there’s a female DJ that told the owner of Vicks in Pretoria to not book with her, a female. Male DJ’s have brotherhood, rona we group ourselves, gossip, sny remarks in wats app groups. The pie IS SO BIG...But ranyatsane, everyone wants to be the baddest... https://t.co/mgNXt9toot

Another tweep joined the conversation and said how “genuinely shocked” she was about the hate other female DJs had, claiming that people don’t realise that one goes further if they were together.

“Like there’s no need to compete with each other. We all bring something different to the table,” the tweep wrote.

Feeling she shared the same sentiments as the tweep, Lerato pointed out that in most cases, the one who speaks publicly about “empowerment” was the one sabotaging others.

The fucked up thing is promoters SPEAK. I don’t care if I’m not on a line up with you, but DON’T fuck with my bread, that’s evil! The very same ones that speak empowerment Nywe Nywe are the foul ones! We all bring something SO different to the table, different magic! But ... https://t.co/71bYMkZQh8

This is not the first time Lerato has spoken out about women-on-women hate. Last week, the media personality dragged "industry girls" who inherit beef.

Lerato shared her views on “industry girls” who recruit others to join their cause, saying it was as though they went to school for it.

In a Twitter conversation with a tweep, Lerato said she wished she could tag a few of those “industry girls” who often inherit other people's beef.

Lerato chose not to go into details about who she was referring to. She only said she wished she could tag a few of them in her tweet.

Instead she kept it moving on her TL with a young motivation about pushing through failure to become a success, which has been her number one priority.

Lerato Kganyago drags 'industry girls' who inherit beef: They went to school for it

Vele vele ... why do y'all need to hate in groups?
TshisaLIVE
1 year ago

IN PICS | Gert-Johan Coetzee on what inspired latest collection

Blue beads lie scattered on the Nguni carpet. Also strewn on the concrete floor are black and grey garment bags with outfits. There's an array of ...
Opinion & Analysis
1 year ago