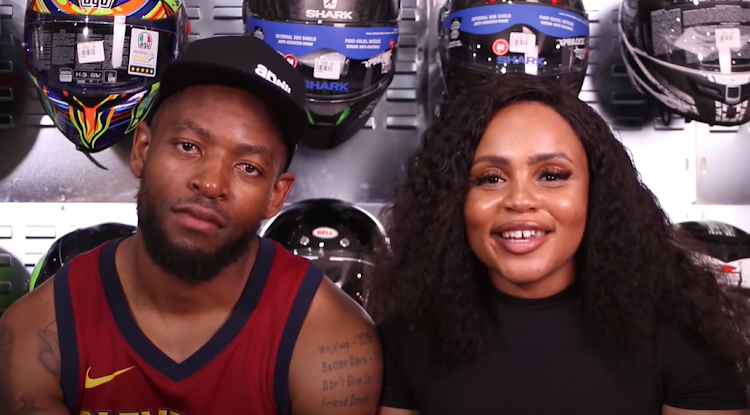 After flaunting their love on the social media streets, musician Prince Kaybee and his girlfriend and radio personality Zola Mhlongo have taken things a step further to tell all about their relationship in the latest #DefiningLove video.

Kaybee and Zola, who revealed they've been seeing each other for a little over a year, wore their hearts on their sleeves on YouTube show Defining Love.

Prince has social media to thank for “connecting” him with Zola, who he first saw on the TL and then later slid into her DMs. The pair then moved to proper “get to know you” conversations and Prince Kaybee eventually became the resident DJ on her radio show.

After Prince Kaybee finally gathered the courage to tell Zola to stop “ignoring” the feelings she had for him they started dating. Prince Kaybee also revealed that he said “I love you” first and the rest is history

“I don't wanna lie, I have to give it to you, you made it very easy for me to be myself, hence making you part of my life was very easy,” Prince said.

Zola also opened up her heart when she read a “love letter” to Kaybee, telling him how much she loves and trusts him.

A lil earlier this year, Prince Kaybee took part in the viral “how it started vs how it's going” social media challenge, sharing screenshots of him taking his shot at bae Zola.

The trend has seen people around the world share their successes and growth in romantic relationships, friendships and even careers.

The Charlotte hitmaker jumped on the bandwagon and posted snaps of him doing what so many of us are scared to: sliding into your crush's DMs.

According to the screenshots shared on Twitter, Prince Kaybee got straight to the point and complimented Zola on her looks.

How it started How its going pic.twitter.com/o3HtLEpca6

Prince Kaybee says it's going well between him and bae in viral Twitter challenge.
TshisaLIVE
1 year ago

Prince Kaybee's advice to music managers: 'You need to step back a bit'

Prince Kaybee has a bone to pick with over-possessive managers.
TshisaLIVE
1 year ago

“Covid-19 has taken the live income from artists and it's no joke.”
TshisaLIVE
1 year ago

Prince Kaybee labelled 'selfish' — No-one will drive his cars when he dies, he says

Prince Kaybee knows how it feels to work hard for something!
TshisaLIVE
1 year ago