OPINION | Do we honestly not believe the 'snakes & riches' claim, or is it just because Jackie Phamotse said it? 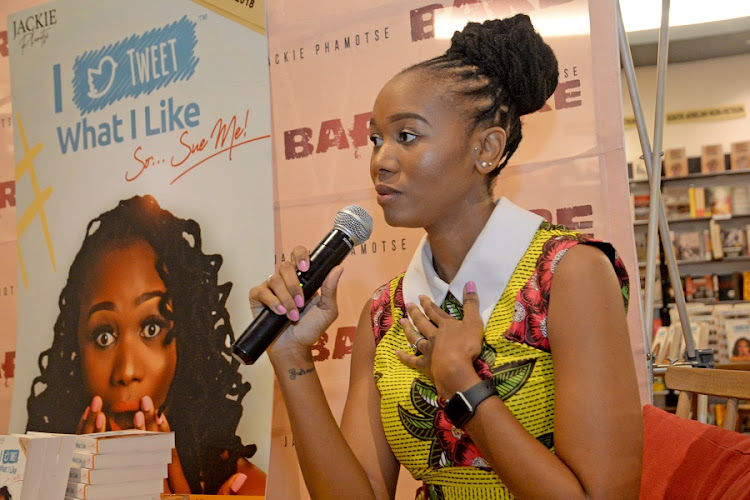 Jackie Phamotse caused a stir this week after she opened up the 'snake, muti and wealth' dialogue.
Image: Gallo Images / Oupa Bopape

Most people know and will agree that making money the honest way is hard AF, especially in a world where the system seems to be rigged against most of us who aren't born with trust funds or generational wealth ... and yet we all know people who are ridiculously rich without any logical explanation or evidence of hard or smart work on their part.

So doesn't it make sense then, that if it's that hard to make money, other than by winning the lottery or having that trust fund (or other unique money making opportunities), then the “dubious” filthy rich people around us must have got their riches by other means that are ... not so honest?

By honest, I mean without resorting to criminal activities, unethical and usually corrupt practices and/or dark magic.

It looks pretty dodgy to me ... See, no matter how reluctant we are to admit it, most of us know deep down that the reason Jackie Phamotse's video went viral, was because she spoke about the thoughts many of us have entertained but have never actually said out loud.

It's not even a new thing, because even the old people used to have these conversations. I mean, growing up in the villages, we always overheard stories, which implied that the wealthiest men in the village — that is, the OG who owned the supermarkets or super popular spaza shops — had apparently spilt blood and killed a family member (usually their own child) to attain the success they had.

Of course, it wasn't true for every businessman, but we also knew it wasn't entirely untrue.

So when the Bare series author set the tone for the week by taking to her Instagram to open a can of worms — or maybe a drum of snakes — about how she believes the rich and famous attain their wealth and fame, the information shouldn't have shocked us as much as it did. Her details were shockingly sharp but the information itself wasn't new.

Jackie spoke about dark magic, which she claimed is used by rich people and even went as far as claiming that these people "house snakes in a room or a coffin that is kept shut, in addition to burying, spraying or smearing muti all over their houses".

The author's video went viral because even though people are aware that some of her books are fiction, they also know that she has experience with some of the things she writes and speaks about.

Wait, what? Jackie Phamotse believes your faves use "black magic" to get their riches!
TshisaLIVE
8 months ago

More than that, Jackie opened up a dialogue that many people couldn't initiate themselves, because the very same celebs and rich socialites would accuse them of having the green-eyed monster (jealousy) in them.

I'm just gonna make my stance clear and say I believe Jackie. As a black person, who grew up next to the age-old wisdom of village elders, we know that these things happen and I'd be naive to just dismiss it as fiction. Also, if we are being honest with ourselves, some of your faves really got too rich too quick, for any of it to make sense.

Again, that doesn't immediately imply that they use dark magic or particularly house snakes ... but it could also mean that they are beneficiaries of the option B, C or D (which is crime, corruption or old money).

The issue is, in this woke, modern world we want — so much- to believe our faves when they say “black child it's possible”, that we often just dismiss anything that points towards the possibility that we won't all end up filthy rich. The alternate narrative that only a few will enjoy the “soft” life, truly is disheartening.

I, and a lot of people I know, want to believe with our whole hearts that we will attain the same if not more riches than the blessees at Taboo, the slay queens shopping at Diamond Walk in Sandton or the B-list celebs that drive around in Mercedes-Benz's. I want to believe that if I work hard enough, manifest consistently enough, pray hard enough and work hard enough, their kind of wealth is not out of reach. Most people believe that too.

And for these rich and famous, it is important for them that we continue to believe that for ourselves. Because for them if the narrative doesn't work, then it will render their fame and influence useless, make their inspirational status a LIE and the money they make from having followers who want to be them and have what they have will suddenly disappear.

The narrative that the rich and famous actually took shortcuts, such as resorting to dark magic (and the options B, C and D), as opposed to actually working hard until they became the success stories they are today, will surely upset the balance.

'A snake, if it is well bred with the right muti on it, can make your business go from one to a 100'
TshisaLIVE
8 months ago

That said, the following is worth highlighting.

(a) White/Indians/coloured people are not immune to using dark magic or options B, C and D, so let's not make this a “black thing”.

(b) Authentic black success stories that are a product of a combination of hard work, dedication, intellect and divine timing exist, so let's not dismiss all black rich and famous people as shortcut takers.

And, (c) Everything that Jackie said is most likely true ... and while it doesn't always look like it, all information (I know) at the moment points towards it being dangerous and having hectic consequences on both the physical and spiritual realm.

So what do we do now? Well, nothing really, except to talk about it until the next hot topics replaces it. You can read about it and ask about it. You can play the speculating game of who among your faves houses a snake, or even DM Jackie for the GPS of how to get yourself a young anaconda or two. If you have the liver for it.

Essentially, it's each to their own — as it goes with all things in life ...

However, isn't it just better to keep your head down and work towards fulfilling your dreams instead of daydreaming about a snake that will give you instant riches?

It looks like that snake in the video doesn’t really belong to Sbahle Mpisane.
TshisaLIVE
8 months ago

But his followers just want to know why his "pants are wet" while holding the snake.
Politics
8 months ago

Your favs can't help but have a laugh.
TshisaLIVE
8 months ago

The final party to be thrown for Genius “Ginimbi” Kadungure will be on Friday, but this time guests will have to bring their own champagne because he ...
News
8 months ago