'Scandal!' actress Stephanie Sandowns on feeling like an 'impostor' in the industry

“For years I felt unqualified and sought validation from everyone.” 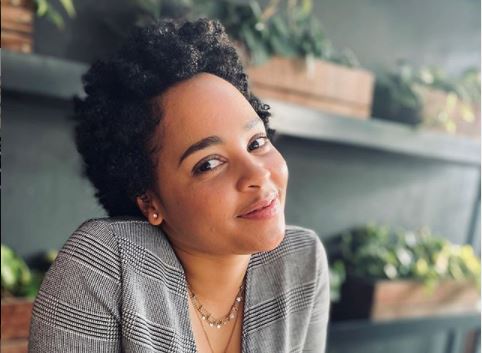 The art of acting may look easy on TV, but Scandal! actress Stephanie Sandowns has lifted the lid on how hard it is to stand out in the industry as a skilled actor.

Stephanie portrayed a more vulnerable side to her when she took to Instagram and explained how hard she works to perfect her craft.

In a video, Stephanie can be seen unmasking the normally bubbly actress she's usually known as on Scandal! and expressing a more fragile part of herself.

“Long and vulnerable but perhaps it inspires someone. So, for those who don’t know, acting was never the plan. It was never even an option really, I was an academic, well on my way to my PhD in social linguistics.”

Stephanie explained that she started acting as a side gig for money but ended up falling in love with the craft.

“What started out as a way to make some extra cash on the side turned into a full-blown love for the art of storytelling.

“But for years I felt unqualified, seeking validation from anyone and everyone, validation that I had what it took to be a ‘thespian’. I’d idolise fellow actors and wish I could be as authentic and as vulnerable as they were.”

She explained that she'd compared herself to all her amazing actor friends never fully believing she'd one day be like them.

“Truthfully, I wanted to quit many times, sometimes I still do. But there was always this very silent voice within me echoing ‘hold on Steph, the best is yet to come’.

“So while holding on, I took every opportunity to learn. In every audition as a casting assistant I would ‘play’ alongside distinguished actors, not just read for them but give a performance.”

Stephanie compared her learning from fellow actors as being in “acting school” as she'd absorb all she could to make her acting skills better.

“This was acting school for me, I would watch and absorb choices these actors made, watch movies and ‘steal’ from other actors. All while sitting behind the NFH reception desk as the featured extra.”

While she was still a young up-and-coming actress, Stephanie explained that year after year, scene after scene, with zero dialogue, she'd sit, learn and watch.

“Absorb, learn, long story short, I am so proud of the actor I’ve become [it took me forever to even refer to myself as an actor] I look at the growth from when I started, not having a clue what I was doing [sometimes I still feel like I have no idea what I’m doing to this day].

“I am still not where I’d like to be but I’m so thankful that God qualifies the seemingly unqualified and his purposes far outweigh the opinion of anyone else. So, I push on and push through and little by little step into all he has planned for me.”

e.tv coy on whether Hungani Ndlovu of 'Scandal!' is hired or fired!

The suspense sure is killing Romeo's fans ...
TshisaLIVE
1 year ago

IN MEMES | Fans can’t believe Thembeka isn’t the villain they think she is!

Will Thandeka really be disrespected in this way and not retaliate?
TshisaLIVE
1 year ago

Stephanie Sandows on married life: Marriage is great, but it’s more than just that