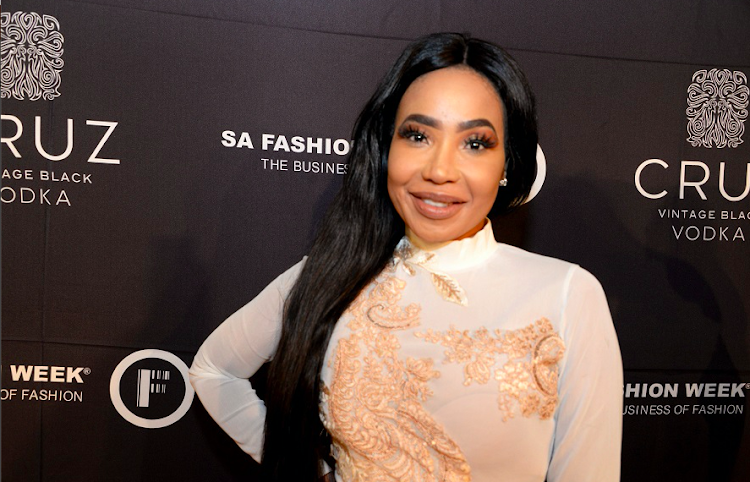 Mshoza during the Official SA Fashion Week Opening Party in association with Cruz Vodka at The Mark on October 22 2018 in Sandton.
Image: Photo by Gallo Images / Oupa Bopape

Tributes from celebs and fans have been pouring in after the death of kwaito megastar Mshoza.

Mshoza's death was confirmed through a statement by her management on Thursday morning.

"It is with great sadness to announce the untimely death of Nomasonto 'Mshoza' Maswanganyi. The Kortes hitmaker succumbed peacefully in the early hours of this (Thursday) morning. She will be deeply missed as an ultimate entertainer who loved being on stage. Not only did she radiate star quality, Mshoza was a media darling," read the statement.

The 37-year-old singing sensation captured the hearts of audiences in a music career that spanned over two decades. She first burst onto the music scene at the age of 10 as a dancer. In the late 90s she danced for the kwaito group Chiskop and appeared on popular dance TV show Jam Alley, before signing a professional music contract at 15.

Her love life, skin lightening  plastic surgery often made headlines, but the star told TshisaLIVE last year that her music was all she needed to stay relevant.

“I do not need hype for my music, as I create classic hits. I was a superstar way before ‘hype’ was a thing. I use social media platforms to get across some truth about me and sometimes it shakes up the country,” Mshoza said.

The musician's death sent shock waves across the nation and drew heartfelt tributes from many of Mzansi's most famous faces, including rapper Gigi Lamayne, who called Mshoza a “Godmother” and “sister”.

“RIP Godmother. The Gigi Gang Loves you. We will tell you all about the strides when we see you again. You opened it all up. You fought and lived a good one. A pioneer. A sister. A fearless woman. Mbokodo,” the rapper wrote.

RIP Godmother. The Gigi Gang Loves you. We will tell you all about the strides when we see you again. You opened it all up. You fought and lived a good one. A pioneer. A sister. A fearless women. Mbokodo #Mshoza #kortes #bozza pic.twitter.com/K78SGYjE7T

Model Refilwe Modiselle said she was heartbroken at news of Mshoza's death and remembered a time when she worked with the star on a conversation about colourism.

How Mshoza, Sis how, why why why 😭😭😭😭😭. This is a memory from Hush a show I presented with Zola Hashatsi. The last project we worked on was for Slikouronlife addressing Colourism.
💔💔💔💔💔
Iyoh 2020....
Sweetest soul ever filled with love. 🕯️🤍🕊️.
Rest in peace sthandwa. pic.twitter.com/58XUgA51uN

Other celebs who paid tribute to the star included rapper Boity, L-Tido and Tipcee.

Yet another loss to the music industry.

It is with great sadness that we acknowledge the passing of kwaito star Nomasonto Maswanganyi, affectionately known as Mshoza. #RIPMshoza pic.twitter.com/q9gKe25QlT

Please can you now stop. The loss of Mshoza is the final straw. I cannot believe that she now joins the many greats in heaven like Sis Brenda, Ma Mary Twala, and Dennis Goldberg.

To the family of Mshoza, rest in peace. I think heaven sounds amazing today.#RIPMshoza pic.twitter.com/7togX8VkoO

They ignored your legacy as one of Kwaito's female rap pioneers. I wish time was on your side to prove them wrong 🖤 RIP Mshoza. pic.twitter.com/sgST0SsFTf

The world underrated her, body shamed her, called her names but through it all she won, conquered and inspired many.

RIP Mshoza thank you for blessing us with great music. pic.twitter.com/UdFwPhAmb3

Sis wants a man that can keep up; who matches her high standards
TshisaLIVE
2 years ago