From Covid-19 to 'girlfriend allowance': 5 times Mshoza made headlines in the past year and a half 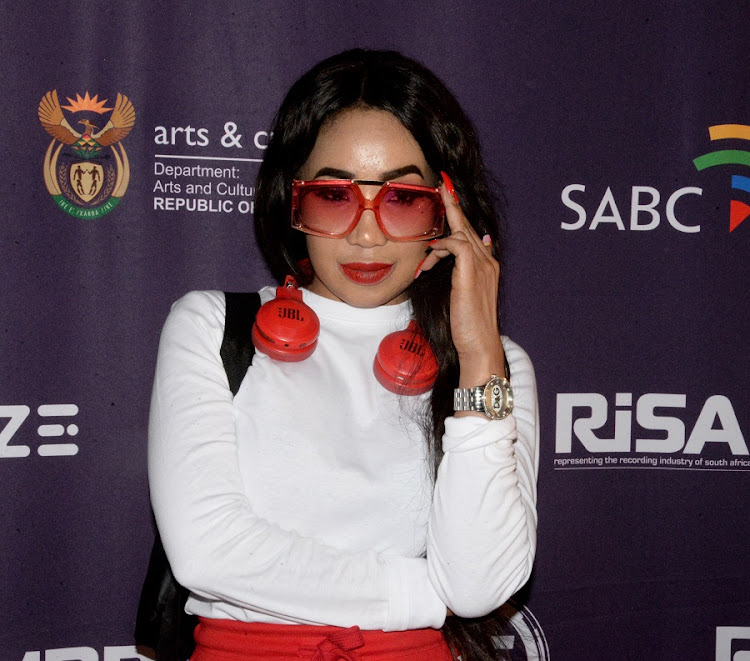 "Kwaito queen" Mshoza lived a colourful life, with her personal life often sharing the headlines with her amazing musical talent.

The energetic star died on Thursday morning, after more than two decades in the music industry.

The news was confirmed in a statement from her management, reading: “It is with great sadness to announce the untimely death of Nomasonto 'Mshoza' Maswanganyi. The Kortes hitmaker succumbed peacefully in the early hours of this (Thursday) morning. She will be deeply missed as an ultimate entertainer who loved being on stage. Not only did she radiate star quality, Mshoza was a media darling.”

Her longtime manager Thanduxolo Jindela told Sowetan she was rushed to hospital on Wednesday afternoon, where she later died due to complications from diabetes.

“She had been living with diabetes for a long time and she was treating it," he said. The star first revealed that she was diabetic in 2014 after a health scare left her hospitalised..

Mshoza burst on to the scene as a dancer at just 10 years old, dancing for kwaito group Chiskop and on popular TV show Jam Alley. She signed a recording contract at 15 and went on to win over the hearts of Mzansi with hits such as Kortes and Ayina Chorus.

But her personal life also dominated the headlines, as her love life and plastic surgery got tongues wagging.

Here are five times she made the news this past year and a half:

'If you're not on top, you are alone'

In May last year, Mshoza reflected on the entertainment industry and said she was tired of female celebrities bringing each other down.

“Today it's a battle of females. For the so-called 'it' girls, no-one wants to unite,” she said.

“What I have been observing, the way in which ladies talk, support and even warm up to each other, it is not purely done. If you're not on top, you are alone. There's no sincere relationship among the girls,” she said.

"Our talent should bring us together, not break us apart," says Mshoza of today's female stars.
TshisaLIVE
3 years ago

A month later she trended on social media when a video of her telling potential suitors to only text her if they were guaped went viral.

In the video she explained that her body alone was worth half a mill and she was not going to settle for just anybody.

“Guys, with all respect guys. Don't just randomly ask people out without first checking if they are on the same standard,” she began.

“You can't come to me honestly and expect that you will give me R5,000 as a girlfriend allowance. I mean, my monthly face cream alone is R6,000. So you can't think that you are going to walk around telling people that I'm your woman when you give me R5,000. No. Please think about it,” she said.

She responded to the Twitter storm her comments caused, saying she was just having some fun and wanted to send a message to a stalker.

“I can't control how people react. We are all different human species. That video was just for fun ... I was sending a message to some stalker. I then realised so many girls are afraid to talk about their levels, yet men do freely, and even choose whom they wanna date,” she explained.

She said she was proud of her “expensive body”.

“I appreciate people that say I looked better before all the surgeries. However, I have grown and this is how I have become now. I love the new me, with all the expenses attached to it."

Sis wants a man that can keep up; who matches her high standards
TshisaLIVE
3 years ago

"I was a superstar way before 'hype' was a thing"

She hit back at those who claimed her video and plastic surgery were publicity stunts, telling TshisaLIVE that she didn't need to create hype because her music speaks for itself.

“I do not need hype for my music, as I create classic hits. I was a superstar way before “hype” was a thing. I use social media platforms to get across some truth about me and sometimes it shakes up the country,” Mshoza said.

Mshoza says her music will always save her a seat as industry royalty!
TshisaLIVE
3 years ago

Like many local celebs, Mshoza found herself battling Covid-19 earlier this year, telling  Sunday World that she visited her doctor after dropping weight and suffering from severe headaches and a sore throat for more than a week.

“I kept deteriorating. I looked very bad so I decided to see a doctor — but did not sleep at the hospital because that was not an option for me.”

She said that she feared the worst because she already struggled with diabetes.

"I’m diabetic so I do get ill from little things. I know I have to take extra care of myself,” she said.

A source told TshisaLIVE Mshoza had been struggling with flu-like symptoms.