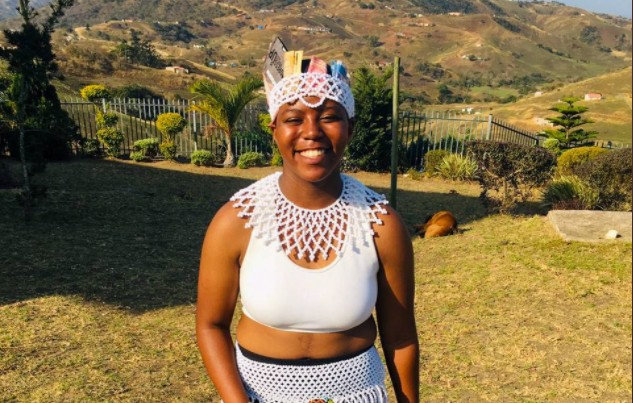 The popular reality show that gives fans a front row seat into the polygamous lifestyle of Musa, his four wives and their children, properly introduced Abongwe and some of her siblings to fans in the fifth season of the show.

Fans took to their Twitter TLs to wonder what took Musa and his people so long to introduce them to his children, whose personalities seem to automatically win viewers' hearts.

Abongwe won over Mzansi with her humbleness and how down-to-earth she seems to be. Others loved how she was a vibe and looked like the kind of person they would immediately befriend.

The week before, Abongwe asked her folks for a sweet 16 party, and in true Musa Mseleku style, he  agreed to give her a party on condition she does a traditional Zulu ceremony first, a coming of age ceremony called uMhlonyane.

uMhlonyane is a traditional ceremony of the Zulu people for girls when they reach womanhood. The ritual is done to introduce girls to the different stages of womanhood and is meant to teach girls how to behave as they enter that particular stage.

Fans enjoyed watching Abongwe at her uMhlonyane ceremony. Everything about her demeanour was entertaining, from the way she danced to the way her face literally lit up when her family started showering her with money.

Tweeps were living for every moment! Check out the reactions below.

Where were they hiding Abongwe all the other seasons mara? #Uthandonesthembu pic.twitter.com/7ePyHMCn7K

#Uthandonesthembu
I hope we see more of abongwe after this ceremony pic.twitter.com/4KbPoRFGXP

Raise your hand if Abongwe is also now your fav #Uthandonesthembu pic.twitter.com/XffNHUjgfz

#Uthandonesthembu Abongwe that's the post, what a humble and funny soul. She really captured my heart pic.twitter.com/izqQ0HWVsO

There is no Africa meaning for SWEET 16 @MusaMseleku_
Abongwe deserves an Party for Sweet 16 she an virgin #uThandoNesthembu pic.twitter.com/AEZpu77bXB

I absolutely love her❤ she's a whole vibe this 1#Uthandonesthembu pic.twitter.com/17Lql6ejc5

They look so beautiful 😍😍 the girls with all the traditional attires at Abongwe Umhlonyane #uThandoNesthembu pic.twitter.com/nLms7Tv8Yx

Abongwe says she doing all this Umhlonyane ceremony only to get money cos her mother told her about it #uThandoNesthembu pic.twitter.com/fFLl6ggtAa