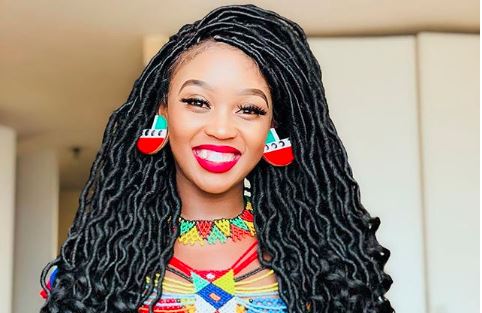 Actress and singer Nelisiwe Sibiya has opened up about how a scene on set brought back painful traumatic childhood memories.

The actress took to Instagram and detailed how shooting the scene left her traumatised, as it took her back to the time when she witnessed her father being gunned down.

“It brought back all the pain when I was young, at the age of eight or nine, when my dad was shot in front of me. All the trauma we went through with my siblings when my father was hunted down and eventually killed by guns.”

She explained that her father's shooting left her sick, but how she later learnt that facing childhood trauma helps with moving on with one's life.

“I remember I cried so hard and got really sick. Sense of memory really dribbled me that day. It taught me how important it is to deal with our childhood trauma ... I remember I had to go home for a whole weekend just to recover.”

“Playing the character of Mbali in Durban Gen is nothing but a blessing ... I am acting but at the same time I'm healing.”

In January last year, Nelisiwe opened up about being on a journey of healing after she revealed she was abused when she was younger.

Speaking on the progress SA has made to eradicate women abuse, Nelisiwe told TshisaLIVE that talking about her own experience had helped her to heal.

“I know it's hard because how do you even begin ... but find that one person and tell them what you are going through and show them your scars.

“The issue is we don't trust each other, especially as women. But the trick is, the first thing that really helps us get out of abusive situations and stay out, is to talk about it,” she said.

She had previously explained that she suffered abuse from a close family relative when she was younger, but understood how difficult it was for abuse victims to break free from the fear their abusers put on them psychologically.

“You have to be determined to get out but that's also hard, because the abuse kills your willpower and sometimes you don't want to fight any more. It took me forever to get to a place where I could trust a man enough to date him because of everything I went through.

“You need to speak — the more I spoke about it the more things became clearer for me. The more I spoke the more I became honest with myself. That's how I began to heal. Not talking about it is one of the foremost reasons why women are depressed ...”

Moonchild is FED UP, with SA radio stations!
TshisaLIVE
2 years ago

Nelisiwe knew just how to cheer her friend up.
TshisaLIVE
3 years ago