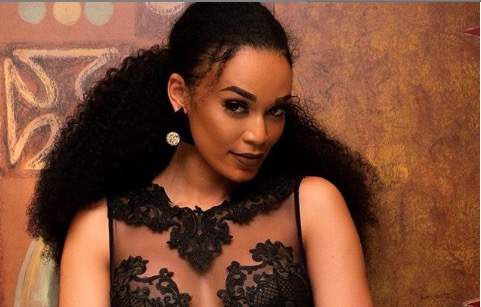 Pearl Thusi is a human being who also makes mistakes.
Image: Instagram/Pearl Thusi

Living life in the public eye is not easy and actress Pearl Thusi has come out to remind Mzansi that she's human and also makes mistakes.

The TV presenter took to Twitter and lifted the lid on how she was feeling about people's expectations of her being somewhat “perfect” with no faults.

Pearl described herself as a “messy, problematic and confusing” person who is also just human.

“I work on myself constantly, consistently and persistently. I love that about me,” she wrote in parts of her tweet.

I’m definitely messy, problematic, confusing etc... but I’m human.
I work on myself constantly, consistently and persistently.
I love that about me. 💙

Over the past few months alone, Pearl has come under fire on social media for some of the comments she's made.

In September she was dragged for an “inappropriate” comment to Khanyi Mbau after her father's death.

In response to the funeral announcement by Khanyi, Pearl commented: “Hectic”.

Her comment attracted the most attention, and forced Khanyi to turn off comments on her post for awhile because people used the space to bash Pearl for being “insensitive”.

Earlier this year, in June, Pearl saw herself standing firm and told South Africans to “direct your anger towards the government” after she shared her views on the #PutSouthAfricansFirstNow movement.

Pearl's comments about the “killing” of fellow Africans was received with mixed views.

While many agreed with Pearl's stance and made it clear that the aim of #PutSouthAfricansFirstNow was not to incite violence but to ask the government to prioritise SA citizens so the unemployment rate could reduce.

'I even went to an interview drunk': Oskido opens up about past struggles

You can now pair your summer look with DJ Zinhle's new sunglasses.
TshisaLIVE
1 year ago

These celebs took the game of "dress up" to a whole other level!
TshisaLIVE
1 year ago