After weeks of Gogo Maweni hogging the shine, Ngwemabala's calmness won her some fans' love 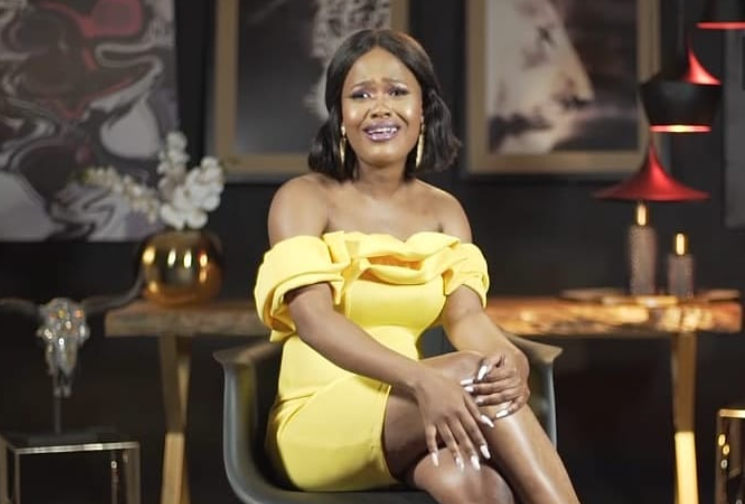 After weeks of Gogo Maweni hogging the spotlight and sparking the most reactions out of viewers of the controversial sangoma reality show, Izangoma Zodumo, Baba Ngwemabala, aka Prudence Magagula, has reminded fans that she's part of the show and they love her.

The second star of the reality show, Prudence has mostly fallen under the radar in comparison to the larger-than-life personality of Gogo Maweni and her initiate Khanyile ... plus all her pets (two snakes, an owl and a tortoise). Even though both of the sangomas' lifestyles have been shown in the past episodes, Prudence and her calm nature didn't get much reaction out of fans of the show, with the exception of this week.

Fans of the show gave Prudence her flowers this week as they expressed just how much they love her calm nature. Viewers of the show took to Twitter to explain that they actually realised that they appreciate the different approach Prudence has to sharing her work and her life. They love that she explained things thoroughly and that no matter the chaos around her, she remained chilled and focused.

“Ngwe is a pleasure to watch because she really tries her best to explain what ubuSangoma (I hope I’m allowed to say this) entails. It’s always easy to listen to her bc she’s always so calm,” one tweep said.

“Ngwe has been showing all her work, kore wa bereka we even see her clients and how she teaches mathwasane which is refreshing,” said another tweep.

So kahle kahle Ngwe is the one educating us on the life of a Ngobela and Sangoma, Maweni is just here for spice and drip #izangomazodumo pic.twitter.com/sD96yDRJQk

Ngwe Magagula is busy Sangoma yhoo 🙆🙆🙆🙆🙆 i stan
Every week she showing us her different work
The content 👌👌👌👌👌 #iZangomaZodumo pic.twitter.com/hVwXPUx5BE

So Ngwe more about been an Prophet too with her Ts'wasa's while Gogo maweni loves creatures #iZangomaZodumo pic.twitter.com/YDaHIH3ByE

Last week i promise myself its the last episode i'm ever watching of this but I always find myself here again #IzangomaZodumo pic.twitter.com/x5GPt97A6w

She also opened up about her love for her two pet snakes and a tortoise, and slammed “fake” sangomas who lie to desperate customers.
TshisaLIVE
1 year ago

“People are afraid of sex when they come from sex. I'm not surprised they feel this way about ancestry,” said Moonchild.
TshisaLIVE
1 year ago

"The show does not intend to mock and disrespect anyone's religion, spiritual practices or anyone practising Ubungoma."
TshisaLIVE
1 year ago