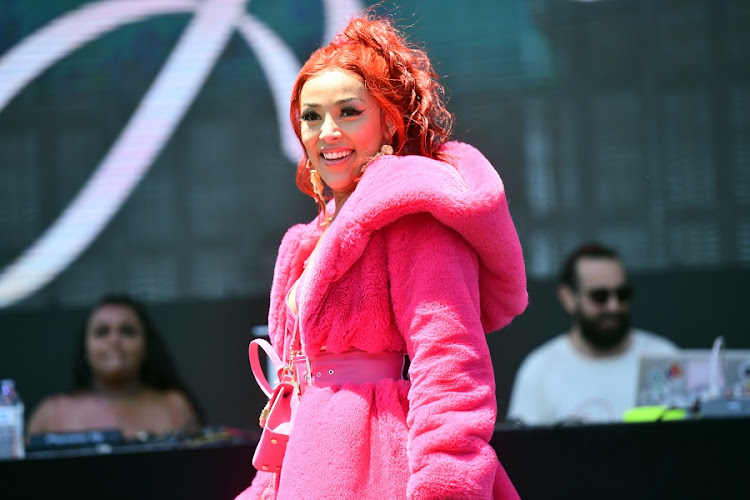 US rapper Doja Cat made it onto the prestigious Forbes Under 30 list in North America, and Mzansi couldn't help but stan.

Doja is the daughter of Yizo Yizo actor Dumisani Dlamini and even though they've had an estranged relationship, Mzansi has claimed her as one of its own.

The US-born superstar made international entertainment headlines when the news was announced earlier this week. Doja, whose real name is Amala Zandile Dlamini, joins 600 other influential young achievers across the globe who are being honoured by the financial magazine.

The rapper was born and raised in Los Angeles and earned the honour due to the huge success of her 2019 album, Hot Pink.

Forbes called Doja “one of the top breakout stars of 2020”.

Dumisani told TshisaLIVE in an exclusive interview in 2017 that after the Sarafina! tour wrapped up he decided to stay in the States, where he fell in love with a Jewish-American woman called Deborah Elizabeth Sawyer, and started a family.

They had two children together, one of whom has turned out to be the well known rapper.

“Beautiful girl (who goes by) the name Doja Cat, she's singing with Nicki Minaj. If you google you will see, it's D. O. J. A. C. A. T, she's one of the best singers now in America. That's my daughter,” Dumisani said.

The star achieved success after her song Mooo gained popularity on the internet.

However, Doja had been hustling long before then and uploaded her first song to SoundCloud at 16 in 2013. A year later, she signed with Kemosabe/RCA.

Her single Say So catapulted her career as it garnered half a billion Spotify plays. She's since earned MTV's 2020 PUSH Best New Artist Award and a 2021 Grammy nomination for Best New Artist.

Here are some tweets reacting to some of Doja's big achievements.

Doja Cat is about to be the first talented South African to win a Grammy. She’s the second talented to be nominated after Hugh Masekela

South Africa is due to take centre stage at the Grammy Awards next January. Comedian Trevor Noah will host the show and the nation’s long-lost daughter, Doja Cat (her father is SA actor Dumisani Dlamini) is nominated for three awards. 🎉 pic.twitter.com/GalBjfftrn