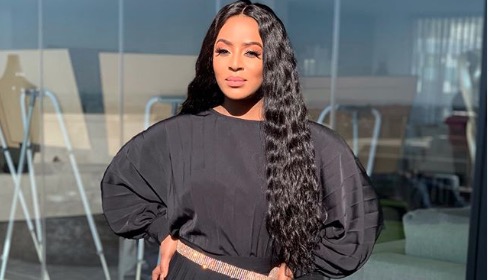 To commemorate the 16 Days of Activism campaign, actress Jessica Nkosi has penned a poem for all the women and girls who have or are suffering any form of gender-based violence at the hands of men.

The actress took to Twitter and shared a video of herself looking rather beaten up with the help of make-up, pleading for the silence around GVB to be broken.

“I plead to break the silence around gender-based violence. I will break the silence with my words that are my deeds that scream stop! No matter where I am or who I am with until abuse has no place in this land.

“I will raise my voice to tell men that it is not OK and raise children to know better.”

Jessica emphasised that no matter what, she plans to stand for women who are suffering any form of gender-based violence and will make sure that if she ever witnesses any abuse, she will report it.

“I will raise words of equal rights to women's ears so that together they will say, 'I will not take this violence!'

“And where it is taken let it be to justice for abuse that others do not see will not go unreported by me. I will cry out for each and every woman until not one more falls to the silent pandemic. I will not fall silent ever again!”

Since lockdown, calls to GBV helplines have tripled. I’ve taken the pledge to break the silence. Join me at https://t.co/U2luvEW4lq and donate to help POWA to support victims of abuse.

Speaking about being a strong, powerful, confident woman last year, Jessica reflected on the invaluable life lessons her dad taught her in a heartfelt post.

Taking to Instagram on what would have been her father's birthday, the TV personality opened up about the void her dad's death had left in her heart.

Even though she misses her dad terribly, she is comforted by the way he raised her.

“My dad raised me to be strong, powerful, confident and own it, own who I am ... be proud of who I am. To put God first and always be praying, about everything. I am the living word. Day by day I’m learning to walk in his teachings.”

Jessica Nkosi is not having it with body shamers.
TshisaLIVE
9 months ago

You can now pair your summer look with DJ Zinhle's new sunglasses.
TshisaLIVE
10 months ago

The star says it's either a voice note or no reply!
TshisaLIVE
10 months ago

It is unclear whether Isibaya will be on our TV screens for much longer.
TshisaLIVE
10 months ago