'I want people to love me for my music and my art. I will not change my image just to suit South Africans' 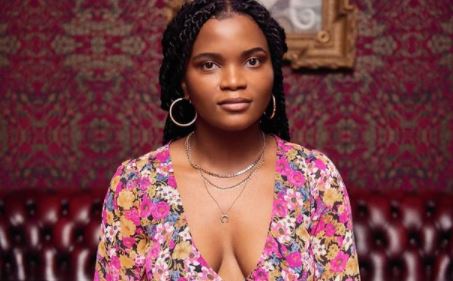 Songstress Ami Faku wants to be loved solely for her music and not her image.
Image: ami_faku/ Instagram

Afro soul songstress Ami Faku doesn't plan to conform to the "sex appeal" norm, and wants people to love her for her music.

The singer and songwriter was introduced to Mzansi as a contestant on The Voice SA in 2017. She is known for her hit song Ubuhle Bakho, and Into Ingawe which features soulful singer Sun-EL Musician.

While many believe in the notion that sex sells music, Ami begged to differ and  told TshisaLIVE in an interview that she wants people to know and love her solely for her music.

“Already the music is a lot of pressure, I don't want to base it on my physical looks and double the pressure, so I've always tried by all means to just make it strictly about the music and not just not about how I look or anything, hence my make-up is barely there on my face. I just want to be comfortable all the time.”

Asked whether she ever faced pressure to brand herself as sexy for South Africans to be drawn to her, Ami said: “I wouldn't say I am experiencing such pressures but I feel like initially people thought I would be a certain way with the make-up and the look.

“But I thought comfort is key and I've never been someone who does something that doesn't make me happy so I've never felt the need to change myself for anyone or anything. Even if I change my looks or advance them it's always something I wanted to do or something I'm comfortable with, and not based on people or the pressure.”

Going forward in her musical journey, Ami said she planned to not lose the image people already, was doing what's best for her and being honest with herself, even if there is some sort of change.

“It will never be based on anyone because I just don't want to take too much of myself and give to that extent.”

Ami was a part of a T-Roc #Unlaunch line-up recently. It was one of her first gigs since the national lockdown was implemented and which saw a lot of artists jobless

“I am excited about the great opportunities that are coming forth. I am grateful and happy that I will to perform in front of a live audience. I've been doing a few live performances lately. When there are people it makes it quite special.

"There's been more a virtual crowd so when there is a live audience, I am always excited.”

DJ Zinhle to Ami Faku: When I feel like my spirit is dying, I listen to your music

"It helps me feel alive again."
TshisaLIVE
2 years ago

"I wish someone else could’ve got the nod, really tired of these wins and don’t get celebrated enough."
TshisaLIVE
1 year ago

Get your (virtual) dancing shoes on! Here's who will perform at this year's Miss SA pageant

The beauty pageant announced this week that the country’s most exciting musical talents will be performing on October 24 when a new Miss SA is ...
Lifestyle
1 year ago