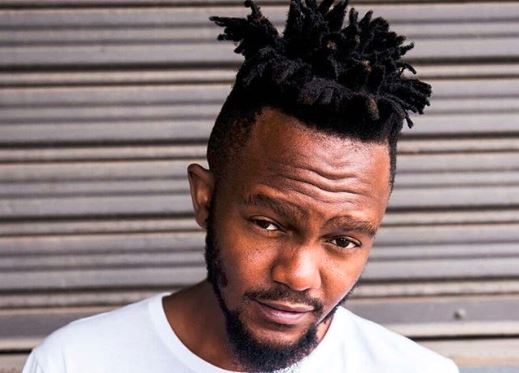 Kwesta is ecstatic about being a dad for the second time.
Image: Instagram/Kwesta

Though the year started off on an unfortunate note, with many artists being affected by the national lockdown, rapper Kwesta is happy that some good came out of 2020 with the birth of his newborn baby girl, Kenya Elihle Vilakazi.

Speaking exclusively to TshisaLIVE, the rapper and girl dad said, “It's always such a blessing. Eight years ago we had our first born, Khai, and like a lot of things it was not like a really planned thing ... I wasn't like, 'Yo, baby, let's have a baby, the arrival was just a surprise, like yo, I'm here ... we just kept going as it plays out.

“But this time around was slightly different. We were like, 'Yo, let's have a baby', and that was a fresh approach, we were like, 'Nah, we got this, we've done this before, we in a position where we can do it'. And yet, however, it was all new as soon as she was born, it's not like something you can rehearse like I thought it would be ... it was an entirely different thing.”

Kwesta explained how he and Yolanda were still learning as parents and how ecstatic he was to see that baby Kenya looked exactly like him and her grandmother [Kwesta's mother].

“There's a certain presence in the house, there's an energy that's just great and the big sister is the happiest person in this house. The mother is extremely happy but I obviously have to stress, that's my job ... Kenya brought with her this beautiful energy, especially after the type of year we've had. She brought a whole lot of hope and love.”

“She looks like me and my mother. Her mother [Yolanda] was so upset because she thought that this time the second born would look just like her, but when she came out she realised how strong my genes are.”

With many SA artists being hit hard by the national curb on big gigs and concerts being banned in an attempt to halt the spread of Covid-19, Kwesta revealed how he had no choice but to hit the clubs, after saying a year ago that he was done with the club scene.

“My first time on stage was pretty amazing ... I missed it a lot. The first one I did was at Rockets, Johannesburg, which is really like a club club. It was wonderfully set up because I move with a band.

“Why I decided not to do clubs before this was cause a lot of the clubs refuse to set it up the way that I put it on the show with drums and guitarists ... they like, 'ey, bro we don't have space, or that's too much or this and that', but now the approach is different seeing that everyone has to make some money, everybody gotta eat.”

Kwesta explained that clubs' approach has changed, that they now had to cater to artists' requests.

He touched on what a blessing it was that he got to offer an Old Mutual sponsored AMPD Masterclass to 10 aspiring musicians.

“It was just really me sharing knowledge of my experience of being in the industry. When I first started a lot of things were not clarified, so I just wanted to help the aspiring artists on what I learnt since being in the music industry.”

Although they've been married traditionally for almost a decade, Sunday marked a year since the Vilakazis tied the knot.
TshisaLIVE
2 years ago

Kwesta wants to share his knowledge
TshisaLIVE
1 year ago

"My child is barely even a week old. Who told y'all I needed help creating a page for her?" an angry Yolanda asked.
TshisaLIVE
1 year ago