Penny Lebyane cautions her followers not to idolise celebrities

'Stop idolising humans, especially the ones you hear on radio, see on TV, read about in the press' 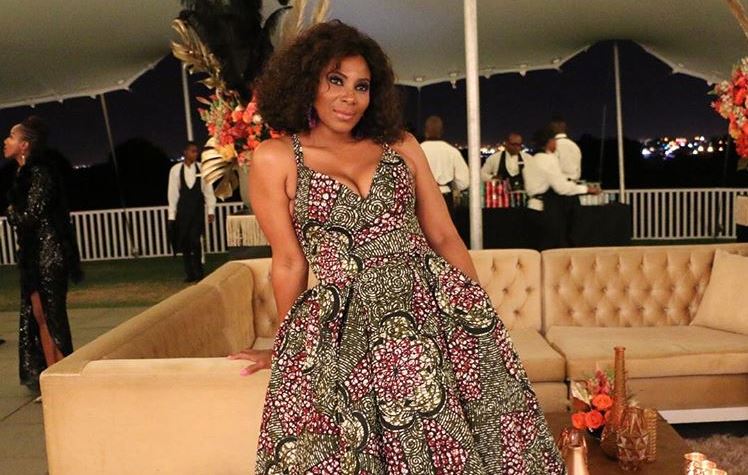 Radio personality Penny Lebyane has shared a stern warning that celebrities are not meant to be idolised or made out to be more than what they are.

Penny dropped pearls of wisdom for her followers, warning them not to put celebrities on a pedestal. She claimed some celebrities were very different when not in the public eye.

Taking to Twitter, Penny strongly warned the younger generation, who are often the ones who look up to celebrities, not to idolise these public figures as most of them are “so evil”.

She also accused personalities who work on radio and TV and in the media of being “toxic and harmful” behind the scenes.

“Most of them are so evil it's disgusting. They are harmful, narcissistic and abusive. They use the very fact that they have a public profile to cause harm without consequence. One day is one day,” she concluded in her tweet.

Stop Idolizing humans especially the ones u hear on radio,see on tv, read about in the press. Most of them are so evil its disgusting, they are harmful,narcissistic and abusive they use the very fact that they hv a public profile to cause harm without consequence. 1 day is 1 day!

While many didn't understand where her advice was coming from, a tweep joined Penny's conversation, saying young people will never stop idolising public figures as they are too invested in celeb culture to heed her advice.

After years of trying to keep her opinions to herself to fit in, in August last year  Penny opened up about finally finding her voice and showing the world her true self.

The outspoken radio personality told True Love she made a conscious effort to suppress her truth but sometimes couldn't bring herself to overlook certain things.

She said her time as host on e.tv's Sunrise helped build her confidence and get over the opinions of others.

“I had to get over my own fear of the opinions people held about me. I had closed up, so I had to learn to trust my voice again and not think 'If I speak my mind this person's going to reject me and I won't get the job'.”

She also opened up on Twitter about the challenges of the entertainment industry and vowed not to keep quiet or try to impress people.

“I’ve buried too many people to keep quiet and, personally, I spent 10 days in a psychiatric ward because of the entertainment industry BS, especially #BlackRadio to suck my thumb [and] bury my head.

“I’m not a beauty queen, and I don’t have to impress you, or a wife or influencer. I am a broadcaster for social impact,” Penny wrote in her tweet.

"The biggest problem for black men besides a condom," said Penny.
TshisaLIVE
1 year ago

“Who would’ve thought that from a small little corner in South Africa, that little smile would be where it is now," Nomzamo wrote.
TshisaLIVE
1 year ago

"This album means so much more and makes sooo much sense now that my son, Khotso, is here."
TshisaLIVE
1 year ago

AKA wants justice for Nathaniel Julies: What explanation is there for killing him in cold blood?

"The voices of women have shaped our realities in recent history and it's about time women of colour rise to their rightful place."
TshisaLIVE
1 year ago